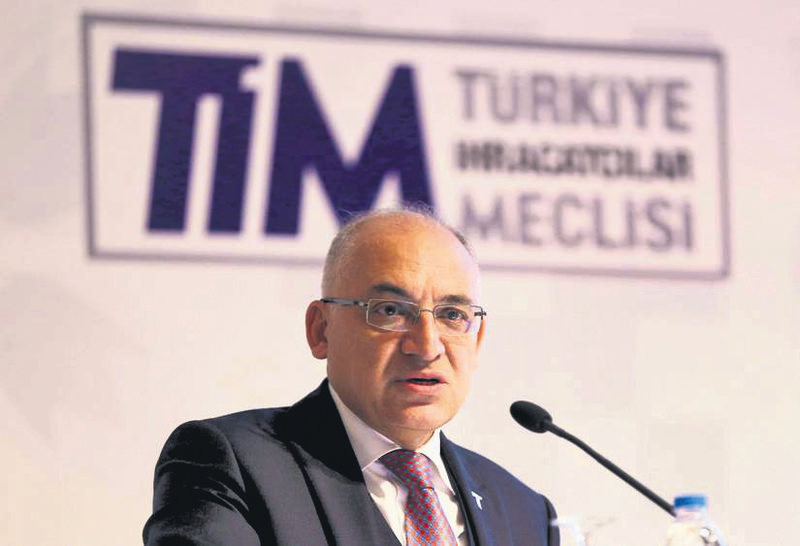 Following the lifting of sanctions tied to Iran's nuclear program, Turkey has rushed fast to foster trade relations with Iran by opening a trade center in Tehran, which will house Turkey's strong industrial representatives

The Turkish Exporters Assembly (TİM) took a step toward exports to Iran by establishing a 4,000-square-meter trade center in Iran's capital city of Tehran. Rented under the terms of a five-year contract, the building will consist of 60 firms, including ready-made clothing, home textiles, shoes, leather, air conditioning and automotive companies.

TİM searched at great lengths for an adequate space in Tehran, finally renting the independent building in order to establish a trade center in Tehran. With the lifting of the sanctions tied to Iran's nuclear program, the center has an export potential worth $40 billion and is expected to open in two months.

TIM Chairman Mehmet Büyükekşi said the necessary proceedings to build a company in Iran are still ongoing. Regarding the announcement, Büyükekşi said: "We can also reserve places for Turkish Airlines (THY), Ziraat Bank and Halkbank. However, the trade center currently serves as a showroom and office. In order for THY and banks to operate, those companies must obtain the necessary permissions to operate in the building. The works are still in progress."

Büyükekşi said the trade center was a great opportunity for the firms to open up abroad. Stressing that the firms would be able to display their products in the center by simply investing the same amount they would pay for an international fair and also develop bilateral relations, Büyükekşi said: "With state support, the firms will open up to the world. They can display their products, offer administrative services and establish closer relations with their customers in these centers." In addition, he stressed that export volume to Iran reached $3.664 billion last year.

Büyükekşi added that Turkish trade centers would grow in the important parts of the world. Touching on future plans, Büyükekşi said: "Our aim is to expand these centers, specifically to Dubai, the United States, China, Japan and European countries. We made an optional deal for the building of a center in Dubai. We have recently been to the U.S. We visited 15 buildings in New York. Now, we have sent one of our friends to Chicago. We are also investigating Miami and Los Angeles. We will open centers in three or four places in the U.S., as well as centers in Shanghai and Guangzhou in China. But the nearest opening after Tehran will be in Dubai."

The Istanbul Chamber of Commerce (ICC) and members of Parliament are also planning to visit Tehran, which has become a preferred market in the Turkish business world.
RELATED TOPICS