Subcontractors to get same raise as white-collar workers in Turkey 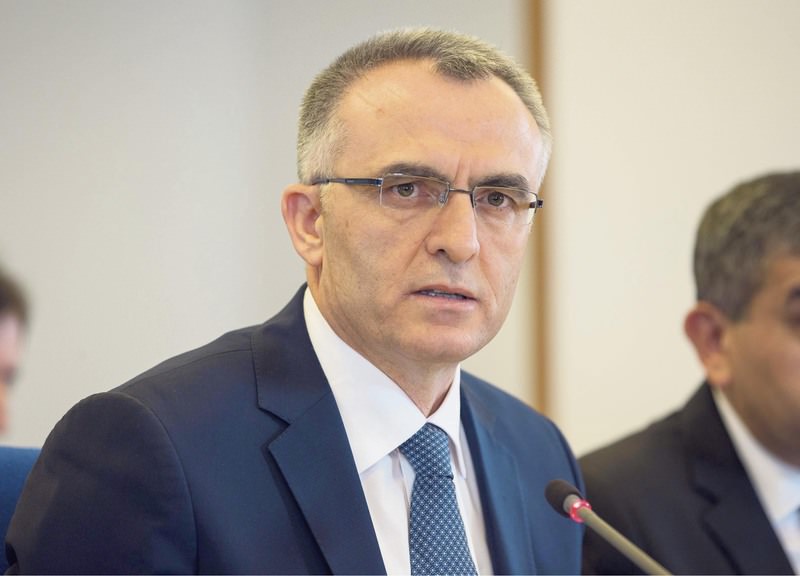 Following the AK Party government fullfilling its election promise regarding subcontractors getting hired in the public sector, Finance Minister Ağbal announced these workers will benefit from the same raises and health and social rights as white-collar workers

Private contracted workers will receive the same raises as white-collar workers, according to a government announcement. The primary workers' salaries will increase alongside those who work in the equivalent positions over time by getting special raises, and 720 million subcontractors will be transferred to the public sector as private contracted workers. Additionally, the state will purchase the devices, tools and machines from the firms employing subcontractors in order to prevent them from suffering losses.

At a press conference, Finance Minister Naci Ağbal answered questions about the draft law being written by the Justice and Development Party (AK Party). The AK Party ministers sponsoring the law said the condition of "working in management within scope as of Nov. 1, 2015" might create victimization, and should be changed to "when the regulation is put into effect." "We thought Nov. 1 is a fair date but this suggestion is open for discussion," Ağbal said.

Commenting on the potential problems of recruiting subcontractors with an exam, Ağbal said: "There will be an exam. We are determined about that," also adding that they have not yet decided whether it would be a collective exam or left to the related institutions. Ağbal said the new system would not involve subcontracting firms, and when the state needs it, the employers will be recruited through an announcement by applying to State Personnel Presidency.

In March, Davutoğlu reiterated that with the realization of the contractor workers' employment in the public sector, the AK Party fulfilled all of its election promises. The AK Party's Nov. 1 election manifesto involved projects regarding protecting economic and financial stability, increasing employment and supporting investment and production. Unlike the manifesto that consisted of more general terms prepared for the June 7 elections, when Parliament failed to form a single-party government, the AK Party announced concrete steps like promising to increase the minimum wage to TL 1,300 ($452) for the Nov. 1 elections. Realizing that the general health insurance (GSS) debts burdened many youth, the AK Party promised to write off all its debts. The plan also included free general health insurance for university graduates for up to two years after they finish school. Regarding this promise, the AK Party took concrete steps in March for a new law package that will wipe out TL 9 billion of premium debts for 5 million young people. The debt cancellation in the new law package will go toward the general health insurance premium debts of 5 million young people between the ages of 18 and 29 who are neither university students nor employed.

Furthermore, the AK Party promised to increase the monthly financial support it provides to university students from TL 330 to TL 400. The AK party is also expected to provide free Internet to youth. Davutoğlu reiterated the AK Party's pledge to support recent ready-to-invest university graduates with a TL 50,000 fund that requires no repayment. A further TL 100,000 in interest-free funding will be provided by the government where necessary. The party guaranteed new financial privileges to senior citizens as well, such as the promise that retirees will receive an extra TL 1,200 per year. Retirees having to pay rent will also be pleased by the AK Party's pledges, which provide apartments in installments of TL 250. The AK Party promised to not neglect new mothers, either. New regulations allow mothers to receive TL 300 per month for their first child, TL 400 per month for the second and TL 600 per month for the third. Laws regarding maternity leave are also being improved.
Last Update: Apr 08, 2016 1:13 am
RELATED TOPICS