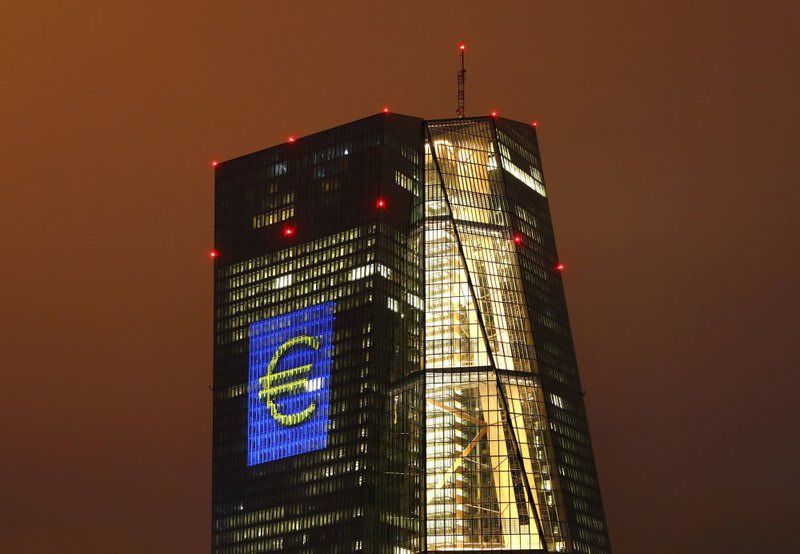 Top ECB officials responded to criticism of their stimulus efforts from some German politicians, emphasizing their determination to revive the economy and raise inflation.
by Associated Press
Apr 08, 2016 12:00 am

Top officials of the European Central Bank (ECB) are pushing back against criticism of their stimulus efforts from some politicians in Germany, underscoring their determination to revive the economy and inflation. ECB executive council member Benoit Coeure said Thursday that "we have to act" to raise annual consumer price inflation toward the bank's goal of just under 2 percent. At a conference in Frankfurt, Germany, Coeure stressed the central bank's independence from government pressures and said that "this is a country where our independence should be upheld."

The ECB recently stepped up its injections of newly created money into the economy through bond purchases in an effort to raise inflation.

A group of German federal and regional legislators from Chancellor Angela Merkel's conservatives have reportedly criticized the bank's efforts as exceeding its powers and lowering interest returns for savers and pension programs.

On Tuesday, Finance Minister Wolfgang Schaueble was quoted as saying that ECB policy was "less favorable" for Germany. The ECB must come up with one set of policies for the entire 19-country eurozone; growth is sluggish for the eurozone as a whole but Germany enjoys low unemployment of 4.3 percent and on its own would need less stimulus-oriented policies.

The basic European Union treaty forbids the ECB from taking advice from politicians, a provision that echoes the role of Germany's Bundesbank central bank before the introduction of the euro.

ECB head Mario Draghi has pushed through more stimulus measures on the bank's 25-member board, where Germany has only two representatives. Those include negative rates on deposits from commercial banks at the central bank, a zero rate for its key benchmark, and 80 billion euros ($91 billion) in monthly bond purchases with newly printed money. All are aimed at pushing up sluggish growth and inflation, which is currently at minus 0.1 percent.

Draghi, Coeure and other officials stress that now it's time for governments to do more by increasing spending on public investment such as infrastructure if they have the money, and by cutting back bureaucracy that discourages business creation and growth.

Criticism from Germany matters because it is the largest member of the eurozone and dominates political discussions on how to fix vulnerabilities in the shared currency, such as its lack of a fiscal authority that could spend to even out recessions, and the absence of EU-wide deposit insurance to protect banks. Both are opposed by Germany, where some fear that such measures would mean German taxpayers pay for bad policies in other countries.

Coeure said that keeping central banks independent avoids political manipulation of interest rates for political advantage, shielding them from "the short term whims of the political cycle and the corrosive effects of special interest lobbies."

Another top ECB official, chief economist Peter Praet, told the same conference that things would have been much worse had the ECB not acted after the slowdown in the eurozone recovery in mid-2014.

"Arguments that our policy has not worked because inflation has remained subdued are misguided, since they do not take into account the series of shocks we have faced between mid-2014 and today," he said.