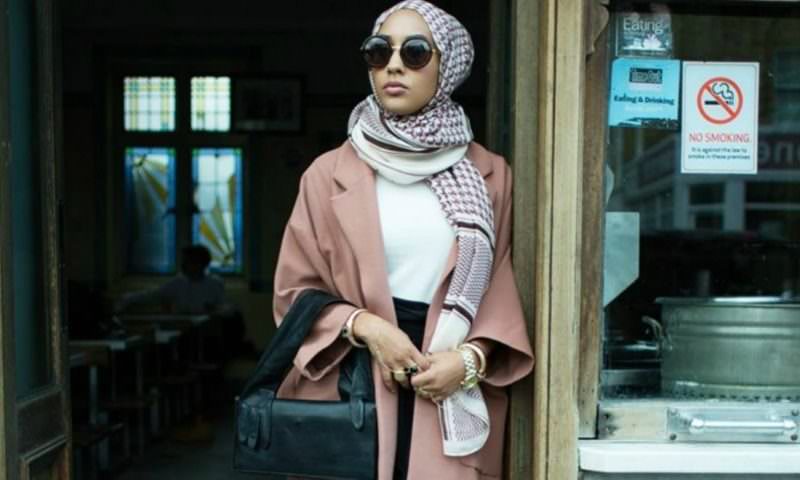 by Apr 09, 2016 12:00 am
From young start-ups to business giants, British entrepreneurs are eyeing a rapidly expanding global market for Muslim consumers with a range of brands from clothes to greetings cards to online gym courses. In contrast to France, where there has been an angry debate about Muslim-specific consumer products, the approach in Britain seems more business-minded. "Halal doesn't only apply to food but also to business ethics, dress etcetera," said Rauf Mirza, director of The Muslim Lifestyle Expo (MLE), which organizes trade fairs on Muslim consumer trends. The MLE this week organized a networking event bringing together 150 business leaders, experts and young entrepreneurs in central London to trade tips on the best way to profit from an expanding sector.

In a debate about Dolce & Gabbana's business move, French Women's Rights minister Laurence Rossignol compared women who wear the Muslim headscarf to "negroes who supported slavery" sparking a furious row that has put her under pressure to resign. "Crossing the Channel, there is more pragmatism on these issues, which are seen only through an economic prism. It's seen as a business opportunity," said French businessman Ali Djedid, whose company Zeynara is based in Paris. "In France instead we immediately politicize the debate," said Djedid, a former financial analyst. "There is no doubt that there is a market, that it is growing and that we also need to adapt to modern consumer trends," he said.

At the MLE event, Faaezah Qureshi from Yorkshire in northern England said she set up her Muslim greetings cards company Elaara after finding too many contained unsuitable images such as champagne glasses and churches.

Zahra Pedersen said she launched her online fitness course "The Healthy Hijab" for women who wear the veil and are embarrassed going to the gym with men. "There was a big gap in the market," Pedersen, who was not wearing a hijab, told AFP. Shelina Janmohamed, vice president at advertising company Ogilvy Noor, started off the London networking event with a talk on how British companies could "tap into the global Muslim lifestyle sector."

She estimated Muslim consumer lifestyle spending at $2.6 trillion a year and pointed to the potential in the youth market in particular, with official data showing 14 percent of the world's population was Muslim and under 30 in 2010. Janmohamed pointed to European countries with large Muslim minorities such as Russia with 12 percent, France with 7.5 percent, the Netherlands with 5.5 percent, Britain with 5 percent and Germany with 5 percent. It is not just Muslim entrepreneurs who are being drawn to the business opportunities.

Canadian David Horne co-founded Alchemiya, a "Netflix for Muslims" with subscribers in 39 countries and offers programs including documentaries on skateboarding in Kabul or Turkish muezzins. Established names too are becoming more interested in marketing directly to Muslim consumers, including British supermarket chain Tesco which launched a Ramadan advertising campaign last year. "If you're a global brand, how can you ignore 1.6 billion people?" Mirza said.
RELATED TOPICS