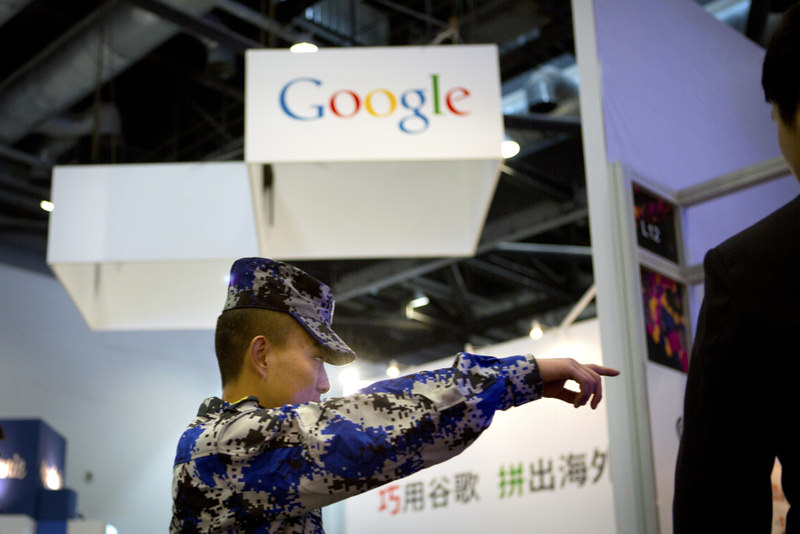 The U.S. government has accused China of imposing barriers on free trade principle through some Internet controls that aim to protect the monopoly power of the ruling Communist Party

The American government has cited Chinese Internet controls as a trade barrier in a report that comes as Beijing tries to block its public from seeing news about the finances of Chinese leaders' families.

Chinese filters, which block access to websites including the Google search engine and social media such as Twitter, are a "significant burden" on businesses, the U.S. Trade Representative said in an annual report on trade conditions. It gave no indication Washington plans to take action but highlights the economic cost of pervasive Chinese censorship that also draws criticism from human rights and pro-democracy activists. On such issues, Washington is at odds with Beijing, which sees strict control over information as essential to protecting the Communist Party's monopoly on power.

China restricts access to online materials by requiring traffic to pass through state-controlled gateways linked to the global Internet. Controls have been tightened since President Xi Jinping became party leader in 2012. The filters, known informally as the Great Firewall of China, are in line with Beijing's advocacy of "Internet sovereignty," or allowing governments to impose control on the freewheeling Internet within their borders. Xi called in a speech in December for the creation of a global "governance system" for cyberspace.

This week, Chinese Web users have been blocked from seeing news reports about documents from a law firm in Panama that say relatives of political figures including Xi own offshore companies. State media have carried brief reports on the revelations but with no mention of Chinese figures.

Chinese regulators block access not just to websites operated by human rights or pro-democracy activists but also to dozens of news, entertainment and social media services that operate freely in other countries. "Outright blocking of websites appears to have worsened over the past year, with eight of the top 25 most-trafficked global sites now blocked in China," the USTR says in its National Trade Estimate. It said much of the blocking appears to be arbitrary, including a home improvement website in the United States.

Foreign and local companies in China that rely on the Internet for sales, accounting and other internal functions complain the filters hinder their operations. Almost 80 percent of companies that responded to a survey released in January by the American Chamber of Commerce in China said they were "negatively impacted" by the controls. More than half said they were blocked from using online tools or accessing information. Only 5 percent said they were not hindered in any way.

Chinese also complain the filters hamper their ability to interact with customers or business partners abroad or apply to foreign universities. Some get around the filters by using virtual private networks, or VPNs, that route traffic through unblocked websites, but Beijing has begun to block them as well. "This censorship not only prevents this country's people from getting information quickly, but it also, bit by bit, isolates China's Internet companies internationally," said a posting on the Sina Weibo social media service signed by Bao Beibei, an investment manager for a Beijing technology company.

U.S. officials previously have labeled Beijing's Internet controls a barrier to business but have yet to file a complaint in the World Trade Organization or take other action. In 2011, the U.S. trade envoy, Ron Kirk, asked Beijing to explain its controls, citing WTO rules that require member governments to publish details of restrictions that might affect business. Kirk said the filters create "commercial barriers" that hurt U.S. companies. The USTR never indicated whether Chinese authorities replied.

In 2009, a WTO panel ruled China's censorship system for movies improperly restricted imports and Beijing promised to change it. Chinese authorities have released few details of how they pick which online material to block.

When asked about specific incidents, government spokespeople sometimes suggest a technical problem abroad must be to blame. However, researchers have traced some blockages to servers operated by state-owned China Telecom Ltd.

The controls have allowed Chinese Internet services such as search engine Baidu to flourish by blocking or slowing access to foreign competitors such as Google that dominate other global markets.