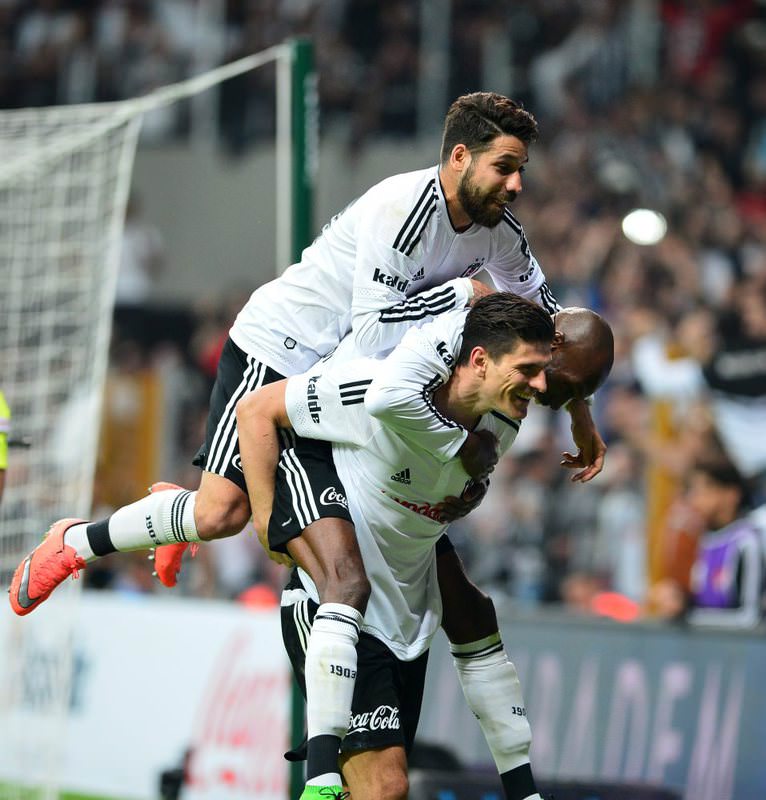 by Daily Sabah Apr 14, 2016 12:00 am
While the championship race between Beşiktaş and Fenerbahçe continues in the Spor Toto Super League, the four giants' performance draws attention to the stock exchange, as Beşiktaş tripled the value of its shares compared to the start of the season.

Considering the 2015-16 season, Beşiktaş became the leader on the Borsa Istanbul stock exchange with the largest increase in its share certificates. The current league leader, Beşiktaş's shares tripled in value, increasing by 203.1 percent.

Despite its unexpectedly low performance in the league, Trabzonspor's share certificates performed very well, increasing by 41 percent on the stock exchange this season.

Another team in the championship race, Fenerbahçe's shares rose 5.7 percent.

Having a pretty bad season, Galatasary became the only team among the giants to lose on the stock exchange, as its shares dropped 24.7 percent.

Meanwhile, Beşiktaş, one of the two biggest candidates for the championship, witnessed the opening of its new stadium, Vodafone Arena in April. While Beşiktaş spent TL 350 million ($121.9 million) on Vodafone Arena, the Black Eagles will earn more than they spent from sponsorship deals. Moreover, they have already sold all season passes. The club agreed to a $111 million deal with Vodafone to name the stadium after the GSM brand. Vodafone also invested $10 million for the substructure of the new stadium. One of the sponsors, DenizBank, will pay Beşiktaş $4.5 million for five years. The other sponsor, Spor Toto, will pay TL 50 million. Beşiktaş's total income from sponsors will exceed TL 380 million.
RELATED TOPICS