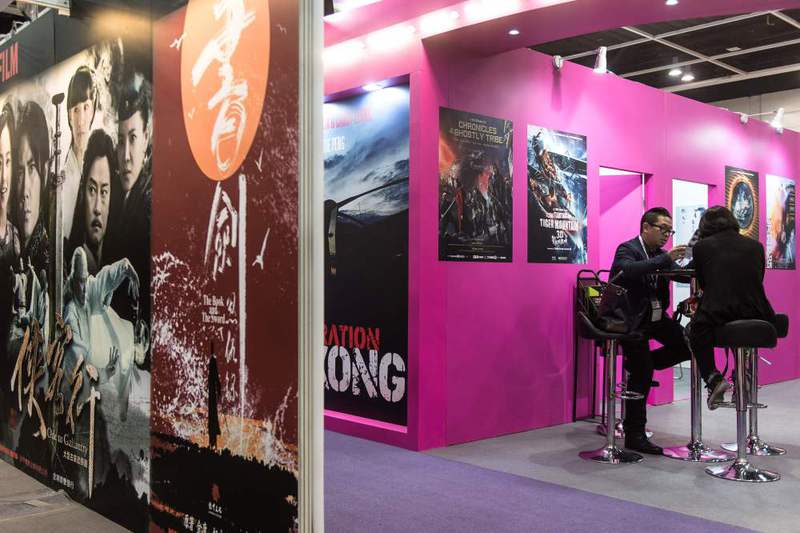 Global spending on big screen showings of films was up 5.2 percent last year largely on the back of phenomenal growth in China of 51.2 percent, according to the National Association of Theater Owners

Movie theaters reaped record earnings around the world last year - $38.3 billion - fueled by China and young people's spending on cinema tickets, industry data showed Tuesday. Global spending on big screen showings of films was up by 5.2 percent last year largely on the back of phenomenal growth in China - 51.2 percent, according to the National Association of Theatre Owners (NATO). There also were major increases in Mexico (14.7 percent), Germany (14.3 percent), Spain (7.8 percent) and Brazil (7.4 percent). At the North American box office, big-budget blockbusters such as "Star Wars: The Force Awakens" and "Jurassic World" helped push earnings above $11 billion for the first time.

"Historically, three of the biggest cinema markets were the United States, Europe and Australia. And in the old days, those territories weren't nearly as diverse as they are today," NATO president and chief executive John Fithian said in a speech at the CinemaCon conference in Las Vegas.

"Now, the overseas theatrical markets with the fastest growth rates are found in Asia and Latin America."

Fithian attributed the numbers in part to improved theaters, replete with better seats and sound, bigger screens and expanded offerings of refreshments. He also highlighted the moviegoing appetite of adolescents.

"That demographic represents only 8 percent of the U.S. population, but a stellar 16 percent share of movie tickets purchased," Fithian said. "The small screens of television may hold less appeal for teenagers. But the big screens of cinema, and the personal screens of hand-held devices can co-exist quite well," he added. Another factor, he said, was diversity, touching on a recent Hollywood race row. "The more that movie casting looks like the world, the more the world goes to the movies," he said, pointing to "Furious 7" as an example.

As for the current year, Fithian said box office receipts were up 12.7 percent in the first quarter."Cinema admissions have continued to soar lately with a trio of summer-type blockbusters early in the year - 'Deadpool,' 'Zootopia' and 'Batman v Superman,'" he said.
RELATED TOPICS