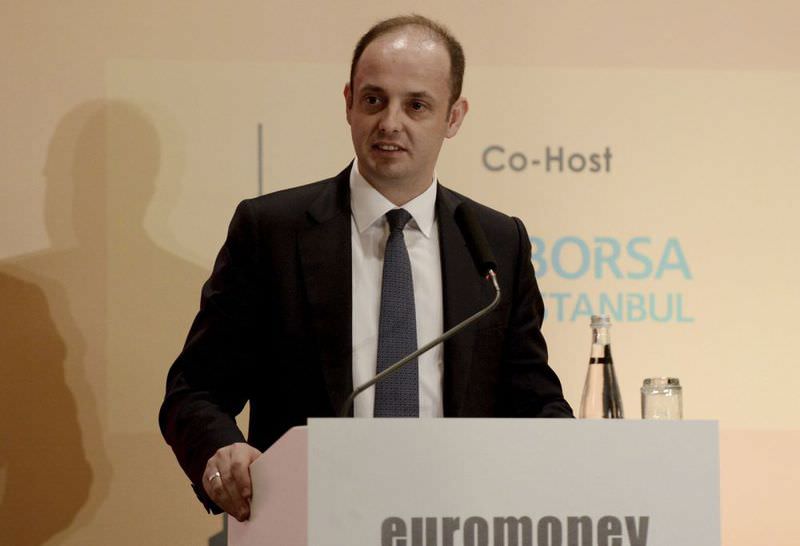 While markets have impatiently waited for the decision of the Monetary Policy Committee presided by the new governor, Murat Çetinkaya, most economists agree with a 50-base-point cut in the upper-bound of the interest corridor

Domestic markets are keeping a keen eye on the interest rate decisions expected when Murat Çetinkaya takes the office of governor of the Central Bank of the Republic of Turkey (CBRT). The Monetary Policy Committee (MPC) of the CBRT, which meets Wednesday, is expected to go with a 50-base-point cut in the upper bound of the interest corridor, which is currently 7.25 percent for the overnight borrowing rate and 10.5 percent for the overnight lending rate. The decreasing trend in domestic inflation, backed by the global conditions in favor of emerging markets, is expected to spur Çetinkaya to announce the overnight lending rate at 10 percent, according to a poll prepared by Reuters.

Speaking in a televised interview with state broadcaster TRT News on Monday, President Recep Tayyip Erdoğan's chief economic adviser Yiğit Bulut said that he expects the new governor to narrow down the interest corridor, initially cutting the upper bound by either 50 or 75 base points, adding that even British and German institutions which had previously supported interest rate hike in Turkey, have instead started backing a decision to take a 50-base-point cut in the upper bound.

Given the current market conditions, experts express that a 50-base-point discount will be welcomed as normal by markets, while a 75-base-point discount would deteriorate the positive outlook that markets expect for the evolution of the monetary policy over the next period.

The expected outcome of the MPC meeting presided by new CBRT Governor Çetinkaya is therefore evoking curiosity as an indicator of how the new governor will respond to the government's demands to cut interest.

Explaining that both financial conditions and the short-term recovery in the inflation outlook support this discount, Kırali added: "We do not think that the final declaration of the first CBRT meeting to be chaired by the new governor, Murat Çetinkaya, will significantly differ from previous declarations in terms of economic evaluations and upcoming monetary policy stance."

Kırali stressed that significant improvement is needed in the inflation and core inflation outlook, so the CBRT may launch higher discounts in interest rates in the upcoming period. He said they might see some messages to support their views either in the final declaration to be released after the upcoming MPC meeting or in the Inflation Report for April. "On the other hand, the possible discounts on the upper-band interest rate corridor will lead to more limited flexibility in liquidity policies and shrinkage in the interest rate corridor that we think will be very useful in periods where financial volatility is high. We will be observing its consequences on exchange rates in the periods where stress escalates rather than in the present time where global markets are calm. As a result, even if this meeting slightly differs from previous CBRT meetings in terms of the decision and messages to be released after the meeting, it will reflect the CBRT's institutional continuity like previous ones," he added.

İş Portföy Chief Economist Nilüfer Sezgin said there might be a discount of 50 basis points in the overnight lending rate during next week's MPC meeting, adding that a more significant discount can be launched when short-term downward risks in inflation are taken into consideration. She also said that during the first meeting chaired by the new governor, the CBRT will not lean to sharply increase the discount that was confined to 25 basis points last month, as such a sharp decline might confuse people. Sezgin stressed that one should not expect the CBRT to suddenly abandon the policies it implemented under incumbent governor, adding: "Discounts will continue in a temperate manner as they have always been."

According to Sezgin's statements, the CBRT might implement measures relating to required reserves to partly relieve the tightness in credit market conditions. "Since the previous MPC meeting held on March 24, there has not been significant change on the VIX and MOVE indices, which are closely observed to see global volatility," she said. "There has been a slight increase on the VIX index and a slight fall on the MOVE index. Although we can say that there is not an environment that prevents the CBRT to move toward simplification, it is hardly possible to say that there is an environment that forces the central bank to accelerate its steps in any significant way." Furthermore, the three-month volatility indicator for the Turkish lira has revealed some relaxation since the MPC meeting in March - an important development that will enable the CBRT to continue the interest rate discount.

Sezgin also said inflation, which rapidly declined to 7.5 percent from 8.8 percent in March, might considerably drop in April again depending on changes in food prices. She said that according to estimates they made as of mid-April, the headline inflation might drop below seven percent. "Supposing that the CBRT, which prefers to follow price developments in advance, agrees with this view, we think that this development might be an important determinant before the interest rate meeting. We think that this unexpected rapid fall in inflation opens a space to reduce the upper band interest rate corridor by 100 basis points from the current 10.5 percent level," she said.
Last Update: Apr 19, 2016 10:46 am
RELATED TOPICS