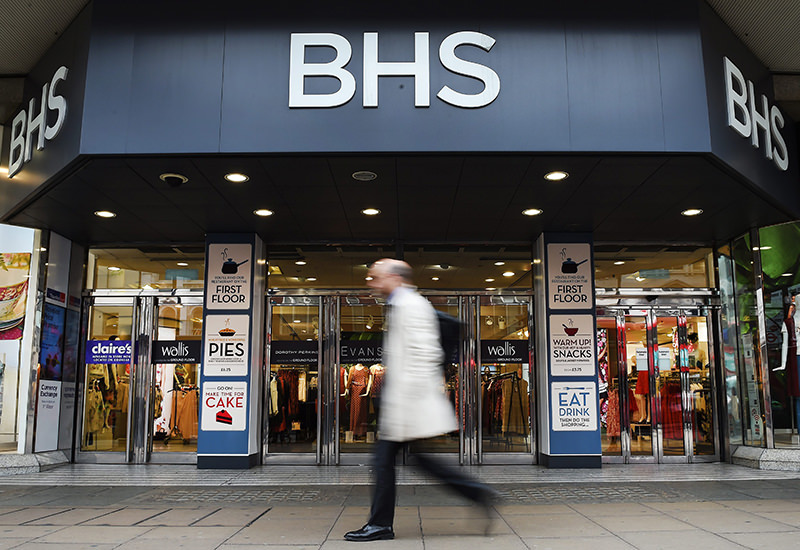 Corporate financial advisers Duff & Phelps said they were appointed administrators of BHS, which will continue to trade as normal while they "seek to sell it as a going concern."

"The government is in close contact with the company's management at this difficult time," Javid said on Twitter.

Administration is a legal procedure designed to protect an insolvent business pending financial restructuring or sale.

BHS's total debt of some 1.3 billion pounds (1.9 billion dollars) includes a 571-million-pound deficit in a company pension fund for more than 20,000 current and former employees, the BBC reported.

Dominic Chappell, a director of RAL, said problems in trying to restructure BHS were caused by "a combination of bad trading and not being able to raise enough money from the property portfolio."

"In the end, we just couldn't reach an agreement with [former owner] Arcadia over pensions," Chappell told the Press Association.