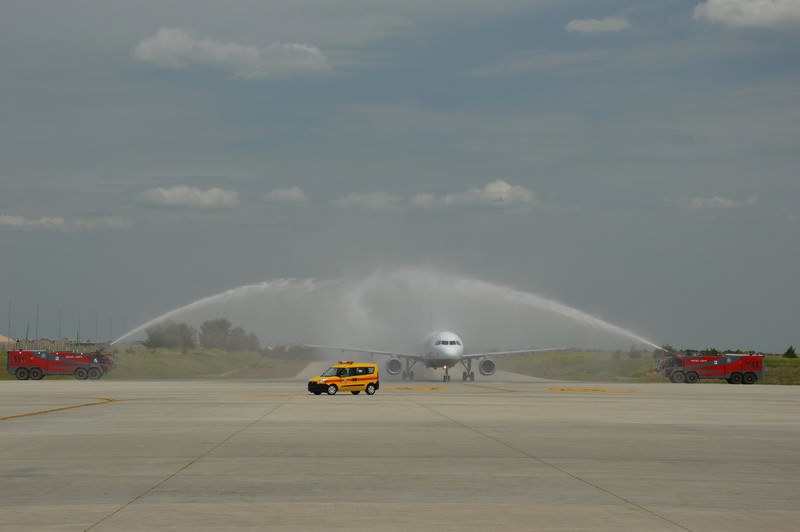 by Daily Sabah May 01, 2016 12:00 am
Turkey's Onur Air started direct flights from Turkey's southeastern Diyarbakır province to the Turkish Republic of Northern Cyprus as of May 1, a new route previously announced by Prime Minister Ahmet Davutoğlu.

Speaking at cocktail event before the first flight, Onur Air Deputy President Onur Sivrikaya said the government's transportation policies had a great effect on opening such new routes across Turkey and the development of commercial airlines.

Last month the prime minister said the new air route was going to be the symbol of "brotherhood".

"We are about to launch flights for our Kurdish and Turkish brothers out of Diyarbakır, which will make the city the center of the region as well as a symbol of brotherhood," he said.
Last Update: May 01, 2016 8:56 pm
RELATED TOPICS