2016: Year of megaprojects in Turkey 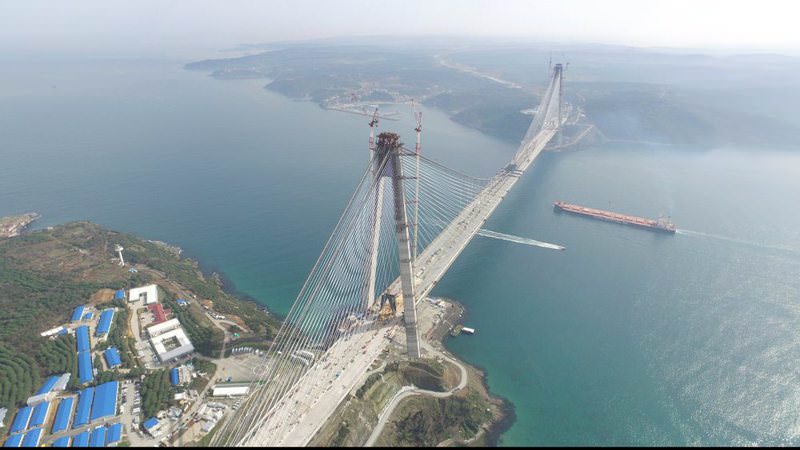 With the completion of Istanbul's third bridge and its linking roads, the Izmit Gulf Passage Bridge, the Eurasia Tunnel and the Baku-Tbilisi-Kars Railway Project, 2016 is set to be a year of megaprojects

Some of the megaprojects whose first steps were taken by the Transportation, Maritime and Communications Ministry as part of the Justice and Development Party (AK Party) government's 2023 objectives come into service this year. Described as the "necklace" of the Gulf of İzmit, the Gulf Passage Bridge; Istanbul's third bridge, the Yavuz Sultan Selim Bridge, which will be one of the world's widest bridges when completed; the Eurasia Tunnel connecting the Anatolian and European sides of Istanbul with a highway tunnel under the sea and the Baku-Tbilisi-Kars Railway Project, depicted as the Iron Silk Road, are set to open by the end of the year. 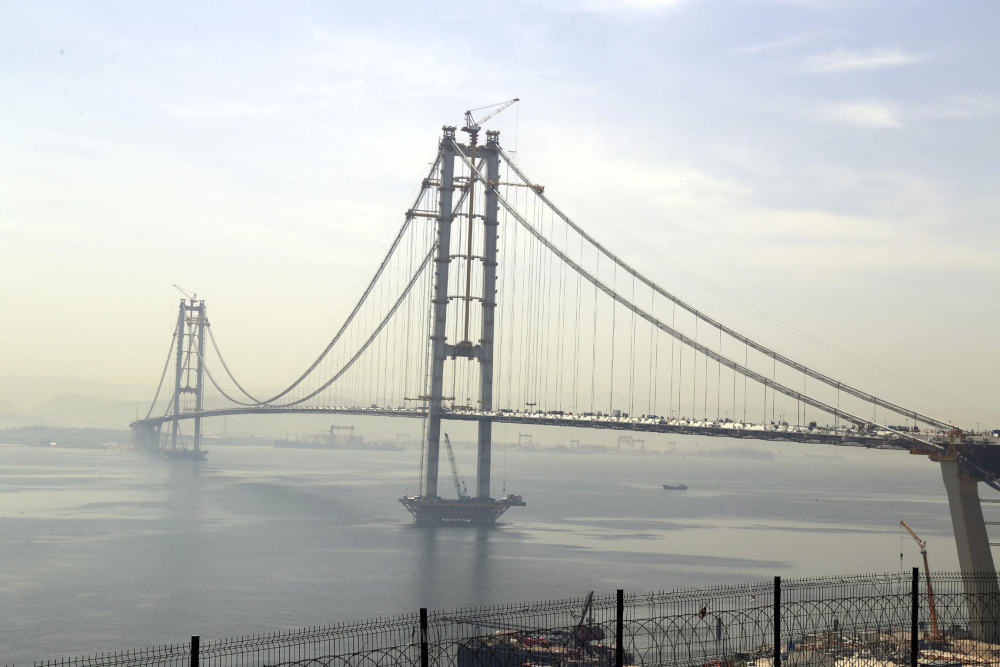 According to Anadolu Agency (AA), the Gebze-Orhangazi-İzmir Highway Project, known as the Istanbul-İzmir Highway, continues at top speed. The project will connect Istanbul, Yalova, Bursa, Balıkesir, Manisa, Kütahya and İzmir. Due to this project, which will serve a region with 38 million people, constituting half the country's total population, travel time from Istanbul to Bursa will be reduced to an hour, two-and-a-half hours to Eskişehir and three hours to İzmir. Travel time to the southeastern Aegean region and Antalya will be shortened as well. A 40-kilometer section of the 433-kilometer highway is open, while the Osman Gazi suspension bridge should open in late May after the completion of its superstructure.

The Yavuz Sultan Selim Bridge - part of the North Marmara Highway Project - will be one of the world's widest bridges when completed. With its 120-kilometer highway and access roads, the bridge should open on Aug. 26.

Described as "the vision project" by President Recep Tayyip Erdoğan, the Eurasia Tunnel Project, also known as the Istanbul Bosporus Highway Tube Passage, should open by the end of this year.

Seen as one of the world's best engineering projects connecting the continents of Asia and Europe, the tunnel will be the deepest undersea tunnel. The underwater section of the 14.6-kilometer project is 3.4 kilometers. Employing 800 people, the project will contribute TL 560 million ($191.3 million) to the region annually along with about TL 100 million to the government. The project will also reduce 82,000 tons of emissions and save 38 million liters of gasoline.

Last year, bids for the contract for services related to engineering and the preparation for the three-level Grand Istanbul Tunnel were submitted to the General Directorate of Infrastructure Investments.

The first of its kind with regard to size and concept, the project's first stage is the fast metro tunnel project starting from Bakırköy-İncirli at the E-5 axis on the European side to Söğütlüçeşme on the Anatolian side.

The second stage of the project is the highway tunnel with two lanes in each direction starting from the Hasdal Intersection on the TEM highway axis on the Anatolian side and connecting to Çamlık intersection on the European side.

It will take 14 minutes to go from the Hasdal intersection to the Çamlık intersection. Every day, 6.5 million passengers are expected to use this system.

The Baku-Tbilisi-Kars (BTK) Railway Project, also dubbed the "Iron Silk Road," should open by the end of the year.