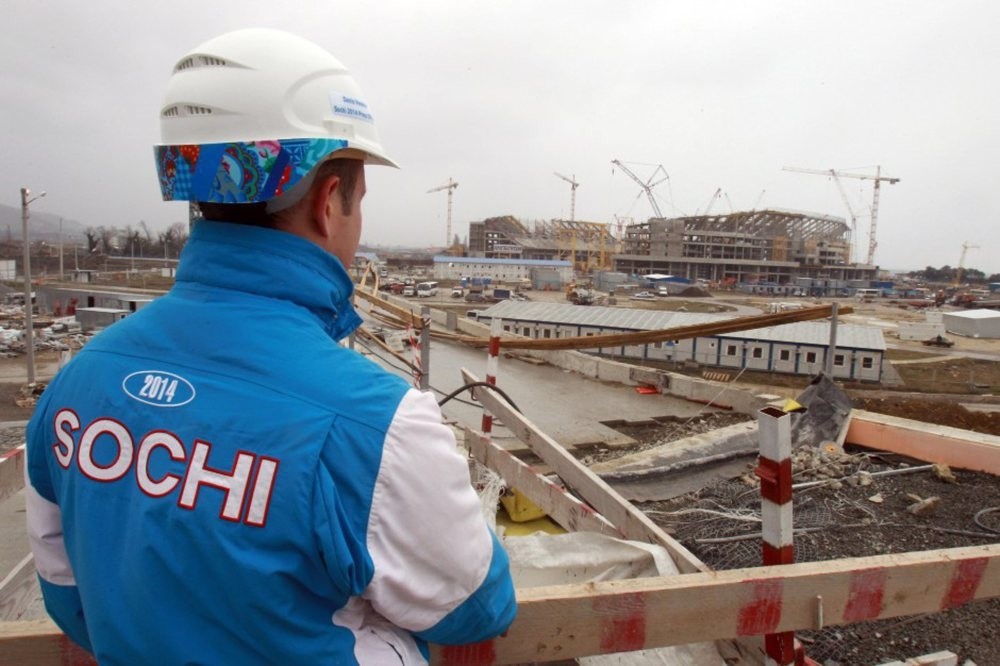 Moscow issued a decree that expands the list of companies in Russia that can hire Turkish citizens. Accordingly, most of the companies can hire new Turkish employees so long as they do not exceed the quotas imposed in Dec. 31, 2015

In addition, other companies such as Renaissance Construction, Gama, Limak and IC İçtaş have been included in the list of companies that are allowed to employ Turkish workers for certain projects, according to the decree. The enactment indicates that most of the companies that were not previously limited in terms of hiring Turkish citizens can hire new employers provided that they do not exceed the quota stated within the decree, which was published on Dec. 31, 2015.

After Turkey downed a Russian warplane that violated its airspace near the Syrian border on Nov. 24, 2015, the Russian government, furious over the incident, announced sanctions on Turkey in response. Turkish food imports were blocked at Russian border gates after Jan. 1, and, due to the difficulty in finding alternative fruit and vegetable imports, Moscow had to back down from sanctions on some product imports. Moreover, with higher food prices due to a decreasing supply and a fragile Russian economy weakened by low oil prices and Western sanctions stemming from the Ukrainian crisis, the economy has been hit by significant inflation.

Russian sanctions included the unilateral suspension of the visa-free regime for Turkish nationals traveling to Russia, made effective in 2016. Russian travel agencies have also suspended the sale of travel packages to Turkey to Russian citizens. The sanctions also introduced a ban on charter flights between Russia and Turkey. On the other hand, the order excluded Turkish citizens who have temporary or permanent residence permits in Russia, as well as Turkish citizens - including their family members - who have been assigned to diplomatic positions and consulates.

Last week, the Russian Federal Service for Veterinary and Phytosanitary Surveillance (Rosselkhoznadzor) banned all fruit and vegetable imports from Turkey after issuing a ban on the shipment of Turkish zucchini, lemons and grapefruits that were not previously included on Russia's sanction list. In a statement regarding the issue, Rosselkhoznadzor President Sergey Dankvert said: "Only zucchinis, lemons and grapefruits are coming from Turkey. Now we think this is unnecessary, and we will close our gates to all [Turkish] fruit and vegetables."

Stressing that Turkish producers had already started violating herbal health product regulations, Dankvert said they have been working with Turkey for a long time but the situation has not changed. Recalling that they stopped the shipment of 50,000 zucchinis in Krasnodar, Dankvert said Turkish exporters sent too many lemons, as the lemon market was too large, and, with South Africa sending the same, their market was flexible despite the restrictions.

Emphasizing that politics have not affected Rosselkhoznadzor's decision, Dankvert said they do their jobs and are not involved in politics. "We detected harmful beetles in the products. Look at past incidents; look how we closed those incidents with patience. If Turkey's herbal health service works inefficiently, it is not about politics but about the operation of the service," Dankvert said. Turkish exporters are still not convinced by Dankvert's explanation, however. After the downing of the Russian military jet and until the Kremlin's implementation of sanctions, Russia implemented extra inspections and provided reasons for banning the Turkish products - which were among the most popular products in Russia and considered healthy prior to the political crisis - for five weeks.
RELATED TOPICS