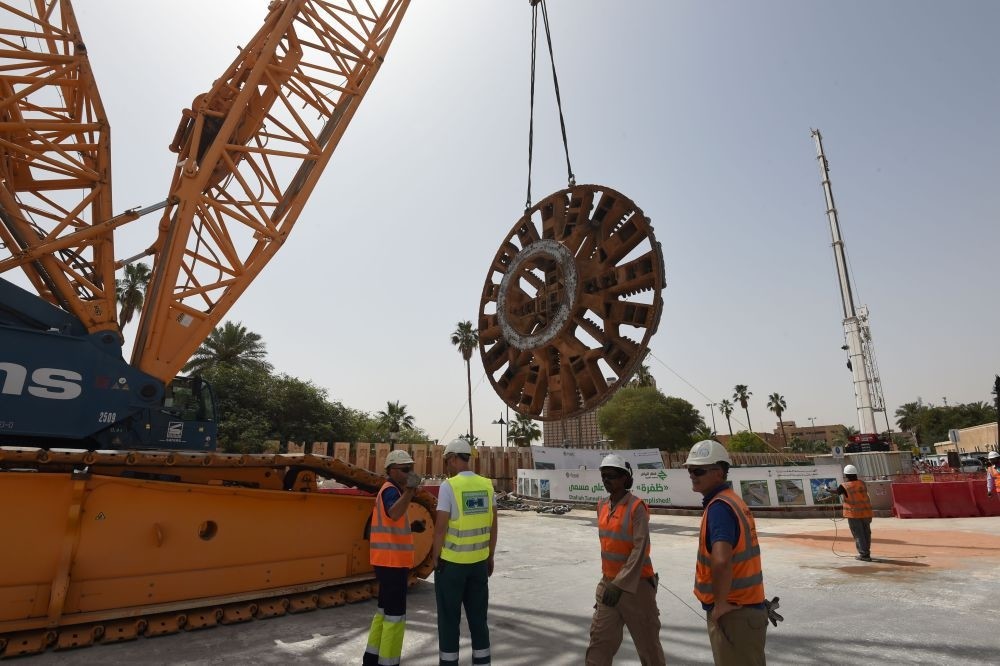 by May 18, 2016 12:00 am
The plan to build a financial district from scratch was viewed by Saudi Arabia's neighbors as among the glossiest excesses of the kingdom's oil boom profligacy: A white elephant in the making, unlikely to attract tenants and possibly never even to be completed. The creators of the King Abdullah Financial District (KAFD) envisaged a kind of mini-Dubai, a haven for foreign financial services and investors as well as local banks and companies currently doing business from offices all over Riyadh.But more than 10 years later -- and a year after it was supposed to be finished -- most of the 1.6-million-sq-metre district on the edge of Riyadh is still a construction site, and no businesses have moved in.

Reform-minded Deputy Crown Prince Mohammed bin Salman said last month he wants to salvage the $10 billion project. The Public Investment Fund, reimagined as the world's largest sovereign wealth fund, will be based there and sources have said it will also own the project. According to the prince's "Vision 2030", KAFD will become a "special zone" with internationally competitive regulations, an easier visa regime and a direct connection to the airport, steps he hopes will "increase the chances of ... success".

Another change is to increase the amount of residential use from the 1.7 million sq metres now designated for office space. According to a 2015 report by real estate analyst Jones Lang LaSalle, rents are bottoming out in Riyadh's current 2.5 million sq metres of office space but prices for residential units are rising. Potential tenants and investors are both hopeful and sceptical about the plan.

"The potential is amazing. The inside is impressive. I'd like to live there," said one Dubai-based expatriate who does business in Saudi and who has toured the site. "As an urban space it's interesting, with its design and architecture." He questioned how successful the project could be in the current economic climate, however. The main contractor is Saudi Binladen Group, the biggest construction firm in the kingdom, which has been struggling since last year. "It will not be finished. Decision-making is very slow (on the project, and) people don't have cash," he said. Like other business people interviewed for this story, he didn't want to be named expressing an opinion about such an important royal initiative.