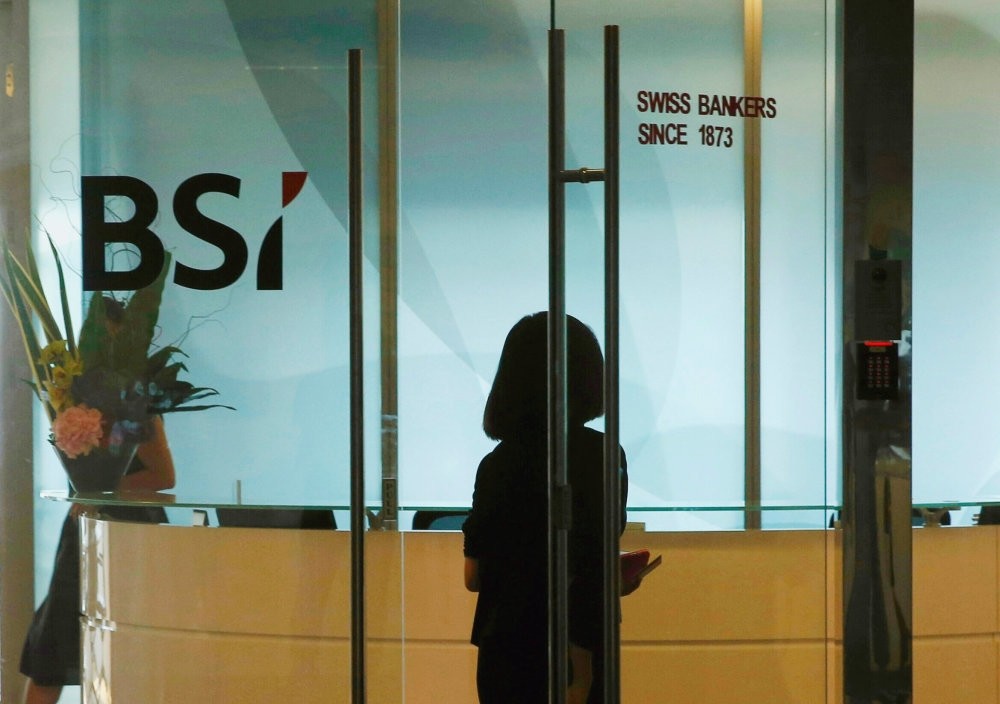 An employee enters the reception area of Swiss bank BSI's office in Singapore.
by Associated Press May 25, 2016 12:00 am

Swiss financial regulators approved the dissolution of BSI Bank over its links to a corruption scandal in Malaysian state investment fund. The bank is accused of serious breaches of money-laundering regulations

A Swiss private bank will face criminal proceedings and be liquidated after allegedly committing serious breaches of anti-money laundering regulations in connection with the suspected embezzlement of a Malaysian state investment fund. Switzerland's market supervisor indicated Tuesday that BSI SA helped transfer money to the Alpine country connected to the Malaysian fund called 1MDB. Investigations so far into 1MDB have indicated that $4 billion earmarked for development projects in Malaysia may have been misappropriated from state-owned companies.

The Swiss market supervisor, FINMA, said that in the 1MDB case, BSI "executed numerous large transactions with unclear purpose over a period of several years and, despite clearly suspicious indications, did not clarify the background to these transactions."

The Swiss attorney general's office opened criminal proceedings against the bank, whose chief executive resigned Tuesday. BSI will be taken over by EFG International, another Swiss bank, on condition that BSI be integrated and dissolved within a year

In Singapore, authorities said they were ordering BSI's local branch to shut down, citing serious breaches of anti-money laundering requirements, poor management oversight and gross misconduct by some staff.

Switzerland opened an investigation last year of two former fund officials and persons unknown on suspicion of bribery and money laundering, among other offenses.

FINMA said the bank had business relationships with a range of sovereign wealth funds, with accounts in both Switzerland and Singapore. It said senior management "did not question why the sovereign wealth funds should use a private bank to provide institutional services and pay excessive out-of-market fees for doing so."

"In one case involving a deposit of $20 million for example, the bank was happy to accept the client's explanation that the funds involved were a 'gift'," the supervisor said. "In another case, an account was credited with more than $98 million without any effort to clarify its commercial background."

In another case, it said, $20 million was transferred through a variety of BSI accounts on the same day before being transferred to another bank - the kind of transaction that is "often a clear indication of money laundering."

FINMA said exceptions to the bank's internal rules were made for important clients, and that management was informed but took no action to monitor those exceptions. It ordered the confiscation of 95 million francs ($96 million) in "illegally generated profits." It is investigating two former top managers to determine what they knew.

The attorney general's office said it "suspects deficiencies in the internal organization" of BSI, based in Lugano. The investigation so far "suggests that the offenses of money laundering and bribery of foreign public officials currently under investigation in the context of the 1MDB case could have been prevented had BSI SA been adequately organized," it added. No public officials in Malaysia have yet been charged with wrongdoing in relation to the case.

The Monetary Authority of Singapore said it had served BSI Bank Limited, the bank's local subsidiary, notice of intention to withdraw its status as merchant bank in Singapore. It said it also has referred to prosecutors the names of six senior BSI Bank managers and staff to determine whether they committed criminal offenses.

In February, Singapore said it had seized a large number of bank accounts and was working closely with Malaysia, the United States and Switzerland in the 1MDB probe.

CEO Stefano Coduri's offer to resign was accepted by the board of directors, which thanked him "for his sense of responsibility," the bank's statement said. Roberto Isolani, currently a BSI board member, was appointed to replace him.
RELATED TOPICS