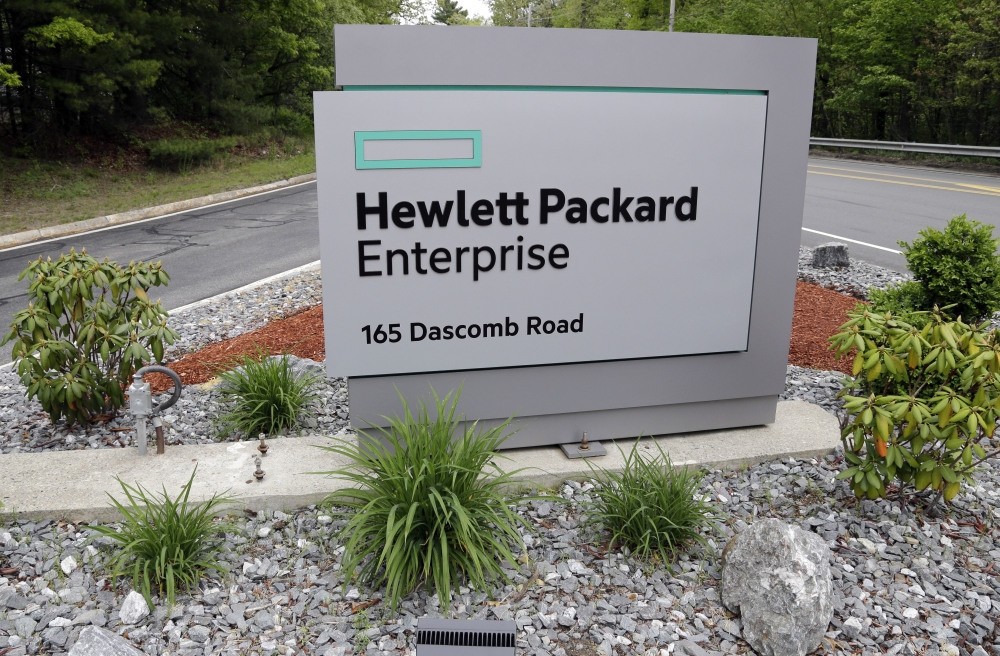 by Associated Press May 26, 2016 12:00 am
U.S. technology group Hewlett Packard Enterprise said it plans to spin off and merge its corporate services business in a deal valued at $8.5 billion (7.6 billion euros).

The split-off unit is to be merged with Computer Sciences Corp. to create a global corporate technology services giant with expected annual revenues of $26 billion, Hewlett Packard Enterprise (HPE) said in a statement Tuesday. HPE chief executive Meg Whitman described the deal as the "right next step."

"Enterprise Services customers will benefit from a stronger, more versatile services business, better able to innovate and adapt," she said. The two companies aim to complete the deal by March 31 next year, HPE said, predicting eventual cost savings of $1.5 billion a year. The transaction is worth $8.5 billion to HPE shareholders, who would end up owning both HPE shares and about half of the new company, it said. News of the plan sent HPE shares surging nearly 10 percent and CSC stock soaring more than 23 percent in electronic trading after the close of the New York Stock Exchange.
RELATED TOPICS