Giant fairgrounds to be built near Istanbul's 3rd airport 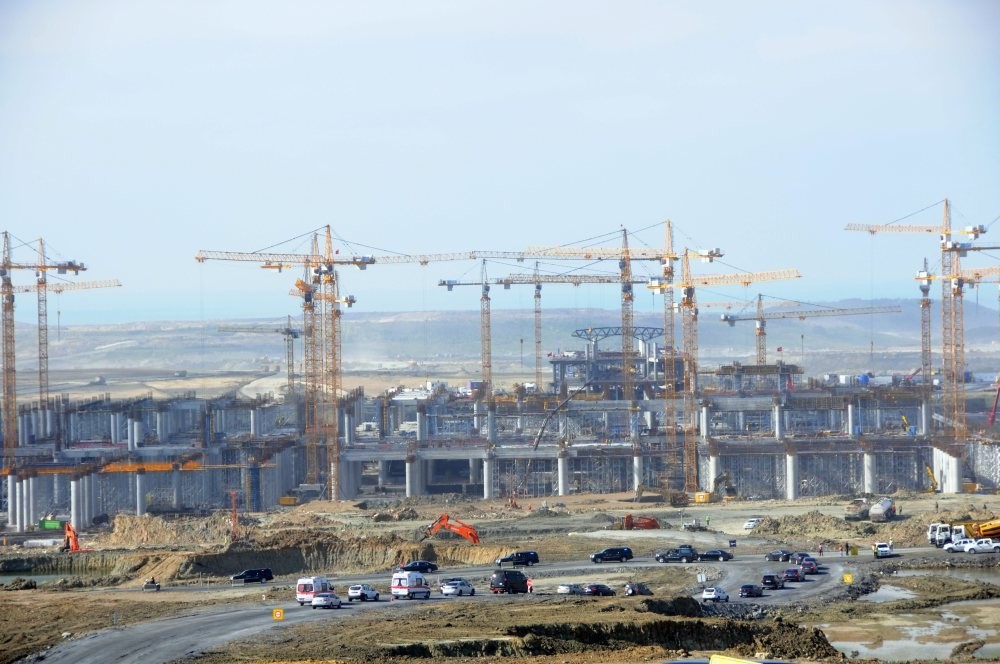 The Istanbul Chamber of Commerce has been negotiating with the Istanbul Grand Airport to build a 500,000 square meter fairground near the third airport, which is planned to make Turkey an aviation hub after it opens in 2018

The Istanbul Chamber of Commerce (iTO) has initiated talks with Istanbul Grand Airport (IGA) to construct a large fairground and expo center near the third Istanbul airport, which is currently under construction. iTO Chairman İbrahim Çağlar said the chamber launched negotiations with the Istanbul Metropolitan Municipality on the construction of a fairground near Istanbul's third airport.

"We've planned the construction of a fairground that is at least 500,000 square meters. We are in talks with the IGA, which is managing the airport project. We still have time ahead and talks will take a while," he added. Istanbul's third airport, which will make Turkey an aviation hub in Europe, accompanies new investments. It is being constructed on a 76 million square meter area with an investment of TL 40 billion ($13.7 billion). As one of the world's largest business organizations with its 400,000 members, the ITO has also initiated works to increase the existing fairground at the Istanbul World Trade Center to 700,000 square meters with an investment of $500 million.

Stating that the Istanbul Metropolitan Municipality also had a project in the works regarding an expo center near the third airport, Çağlar said: "It is beneficial to have a 500,000 square meter fair center and surrounding social facilities." Indicating that building a fair center next to the new airport would not devalue the World Trade Center, Çağlar said: "If the new fair center is built, the World Trade Center will not lose its value. Maybe it can be used as a permanent exhibition area since special jets will land at the current airport [Istanbul Atatürk Airport] after the third airport is built as well. All the investments in Istanbul should be made by nonprofit organizations just like us because sometimes a sector that comes to us is an emerging sector. We meet its exhibition requirements with economic conditions. We sometimes do not even get paid. Therefore, we facilitate sector growth by supporting it. The fact that the owner of the fair center is a nonprofit organization makes more contributions to that city."