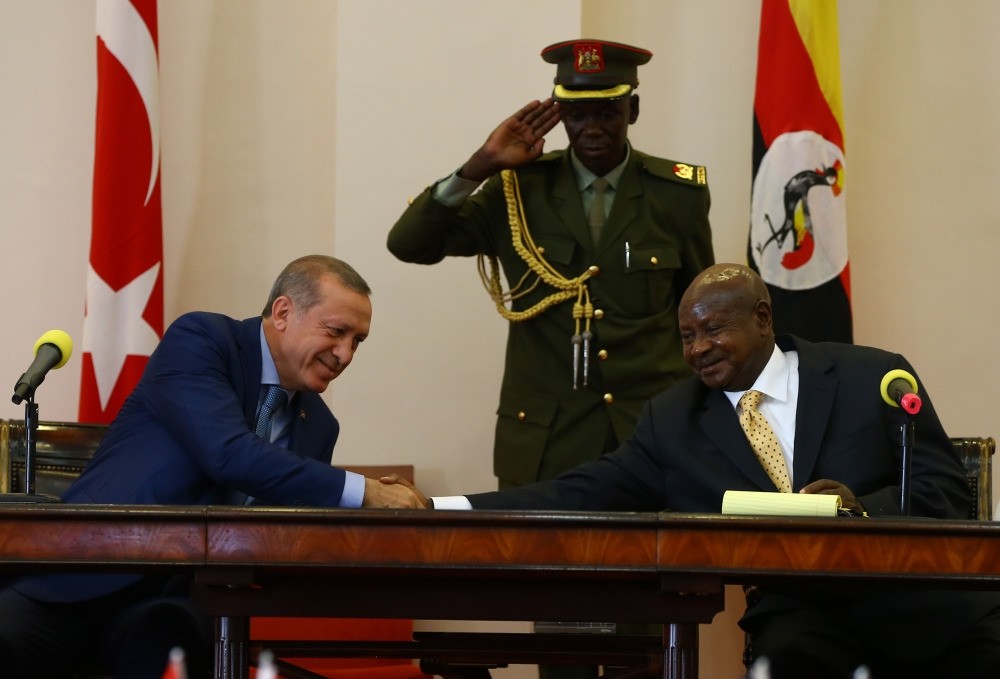 Erdou011fan (L) shakes hands with his Ugandan counterpart Museveni (R) at a press conference held in Kampala on Wednesday.
by Daily Sabah Jun 02, 2016 12:00 am
Turkey and Uganda signed agreements and memoranda of understanding on diplomacy, military, education, tourism, sports and energy on Wednesday during President Recep Tayyip Erdoğan's official visit to Uganda.