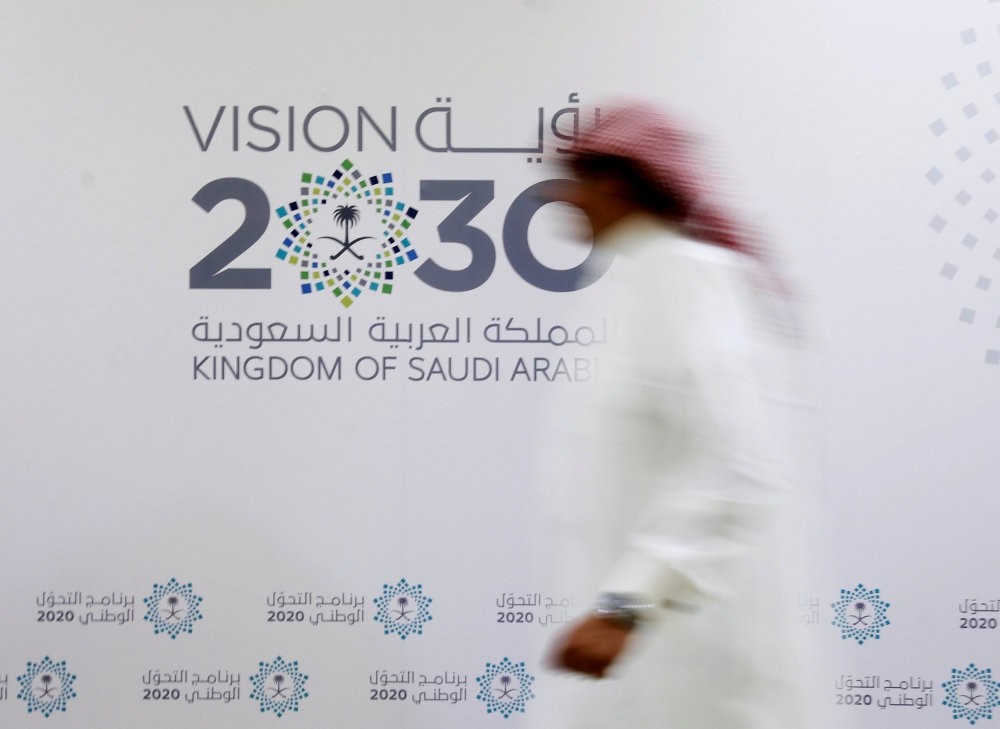 As part of the Saudi Vision 2030, Saudi Arabia revealed the first concrete steps to diversify its oil-dependent economy. The Saudi government will work to create 50,000 non-government jobs by 2020 and reduce public costs

Saudi Arabia has unveiled the first concrete targets in its ambitious effort to move its crude-dependent economy away from oil. In a press conference in the early hours of Tuesday in Jeddah, officials revealed sweeping plans to create some 450,000 non-government jobs by 2020, boost non-oil revenues and cut the cost of public wages.

The National Transformation Programme (NTP), endorsed by the Saudi cabinet late on Monday, is part of Saudi Vision 2030, a reform drive led by Deputy Crown Prince Mohammed bin Salman, the 30-year-old son of King Salman. It aims to transform the state-dominated economy of the world's largest oil exporter into a private-sector powerhouse with diverse industrial interests and major international investments.

Saudi authorities have for years discussed plans to diversify the economy, but this effort has been given fresh urgency by the collapse in oil prices by more than half since mid-2014, which has led to a dramatic drop in state revenues. Minister of State Mohammed al-Sheikh described the NTP to reporters as a five-year roadmap laying out targets to be met by government ministries and departments. "This is phase one of addressing the challenges," he said, adding there will be "no substantial fiscal impact" on the state budget, partly because some savings have already been made.

At the heart of the reform effort is a previously announced plan to float less than 5 percent of oil giant Saudi Aramco on the stock market, with the proceeds to help form what will become the world's largest state investment fund, with some $2 trillion in assets. Sheikh said the NTP will be implemented through more than 500 initiatives at a cost of 270 billion riyals ($72 billion) over the next five years, with 40 percent of the funding coming from the private sector.

A plan to cut the share of public wages in the budget from 45 percent to 40 percent will decrease the total cost of state salaries from 480 billion to 456 billion riyals by 2020.

The plan also foresees a huge increase in non-oil revenues from 163.5 billion to 530 billion riyals by 2020, in a major shift in how state coffers are filled.

Officials said no income taxes are planned, but the plan does envisage measures including increases in government fees and taxes on "harmful products." Further cuts to water and electricity subsidies - already imposed last year after the country posted a record budget deficit - will lead to an additional 200 billion riyals in savings, the plan says. The creation of non-government jobs will focus on developing Saudi industry in a range of sectors, from renewable energy to car manufacturing to tourism.

Energy, Industry and Mineral Resources Minister Khaled al-Falih said that under the plan Saudi Arabia will be "a very strong competitor in renewable energy," and will implement "massive" projects to produce more natural gas. He said the ministry plans to build an international complex for marine industries that will provide 80,000 jobs and cut imports by $12 billion annually.

A number of industrial cities are also planned and slated to generate 150,000 jobs, Falih said. Unemployment is to fall from 11.6 to 9.0 percent by 2020 under the plan, with the proportion of women in the workforce rising from 23 to 28 percent.

Education reforms will aim to push more Saudis into the private sector, with the number of students in technical and vocational training programmes rising from about 104,000 to 950,000. Noting that "transparency is crucial to the success" of the plan, it calls for regular updates on progress in reaching the targets - an unusual display of openness from Saudi authorities. Local and foreign reporters were invited to Jeddah for the unveiling of the targets and government ministers were to be available for three days to answer questions.
RELATED TOPICS