Eurasia Tunnel to open for service in December 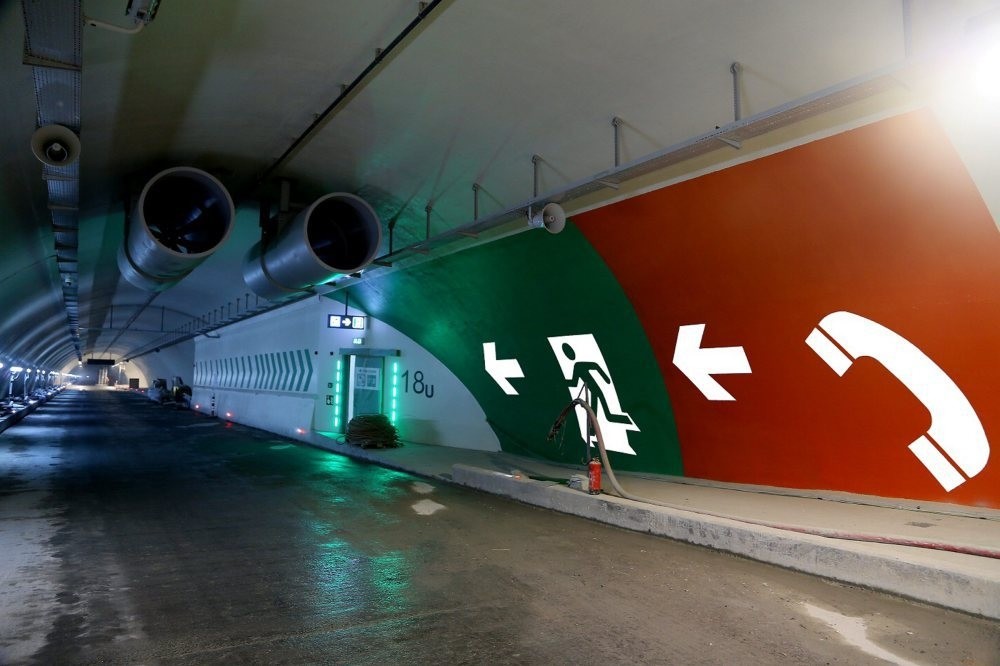 by Uğur Yıldırım Jun 11, 2016 12:00 am
Transportation, Maritime and Communication Minister Ahmet Arslan said 85 percent of the Eurasia Tunnel Project was completed and the tunnel should open for service in December. The tunnel can withstand earthquakes of a magnitude up to 7.5. The fare will be $5 + VAT for each vehicle.

Arslan examined operations in the Eurasia Tunnel, a 5.4-kilometer undersea motorway between Istanbul's European and Asian sides. Speaking to reporters at the deepest tunnel spot - 106.4 meters deep - Arslan noted that the Eurasia Tunnel would ease Istanbul's intense traffic jams, and the highway tunnel connecting the two sides of the sea will serve the Kazlıçeşme-Göztepe line where traffic is quite congested. He said: "The 5.4 kilometer-long section of the 14.6 kilometer-long route will be placed under the seabed as two layers. Upon completion, the 100-minute travel time will be reduced to 15 minutes." Stating that the tunnel would withstand earthquakes of a magnitude up to 7.5, Arslan pointed out that the tunnel had two big flexible joint systems to eliminate the ground difference between the Asian and European sides. According to the Environmental and Social Impact Assessment, two bridge interchanges, a vehicle underpass, a vehicle overpass and three pedestrian overpasses will be constructed in Göztepe on the Anatolian side.

To ease coastal traffic on the European side, five U-turn underpasses and seven pedestrian overpasses will be constructed. The two-story tunnel will operate 24/7. A one-way passage of the two-lane highway will be provided on each floor. Drivers will be able to pay the passage fares via HGS and OGS electronic toll collection systems. Private companies will operate the project, which has an investment value of $1.245 billion, for 29 years.
RELATED TOPICS