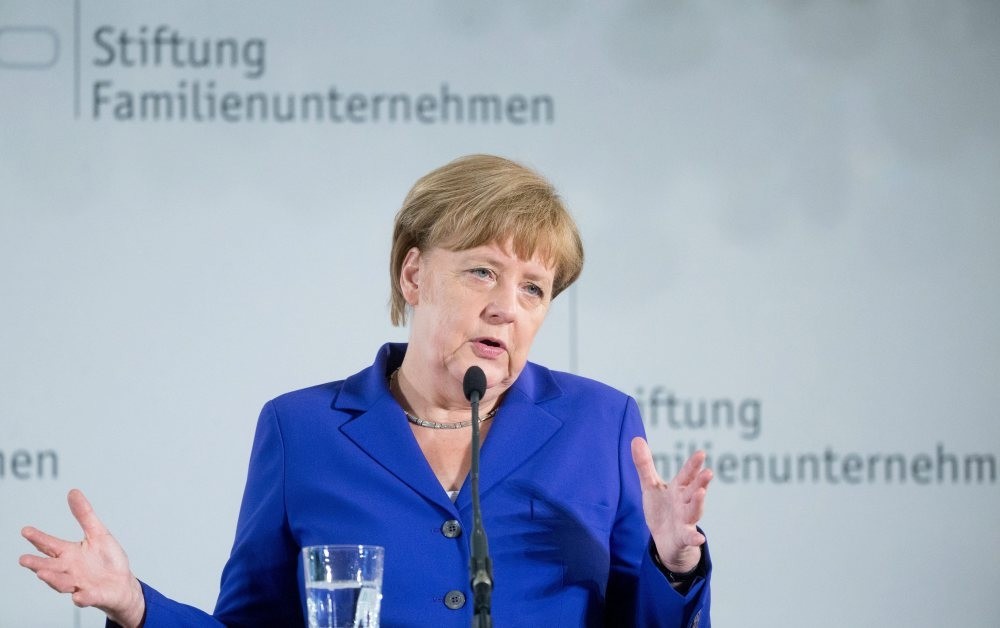 |EPA Photo
by Associated Press Jun 11, 2016 12:00 am
German Chancellor Angela Merkel stressed Friday she hopes that Britain will vote to remain in the European Union in a June 23 referendum that her finance minister labelled a "wakeup call."

Britain and Germany have traditionally been allies in the EU on matters such as free trade. "From my point of view, Great Britain remaining in the European Union is the best and most desirable thing for us all," Merkel said in a speech to a group representing family-owned businesses. She added that "we have very close cooperation on many questions with Great Britain, and would of course like to continue this within the framework of the European Union."

Germany has the biggest economy in the 28-nation bloc, and Finance Minister Wolfgang Schaeuble told Der Spiegel magazine that a British exit, known as Brexit, would bad for both Britain and the EU.

"It would be a miracle if a withdrawal of Britain would come without economic disadvantages," he said, adding that he and other EU officials are "preparing for all possible scenarios in order to minimize the danger." Schaeuble said if it comes to a British exit, that the possibility of other countries following Britain's lead "cannot be ruled out." "How would the Netherlands react, for example, which is traditionally very strongly linked with Great Britain?" he asked.

On the other hand, he said, "Europe will also function without Britain, if necessary."

Even if Britain's voters choose to remain in the European Union, the referendum itself shows a dissatisfaction that EU leaders can't ignore, he said in remarks to Der Spiegel for a special Brexit issue titled "Please don't go! Why Germany needs the British."

"We have to see this as a warning and a wakeup call not just to continue business as usual," he said, according to an advance copy of the magazine, which is publishing its Brexit feature in both German and English.

Though some have suggested the EU could use a British exit as an opportunity to push through further integration, Schaeuble flatly rejected the idea. "We cannot simply push for more integration as an answer to a Brexit," Schaeuble said. "That'd be clumsy, and many would correctly question whether we politicians still don't understand." The influential finance minister suggested that if Britain did leave, though, it couldn't expect to continue to enjoy the benefits of the European common market. "In is in, out is out," he said.
RELATED TOPICS