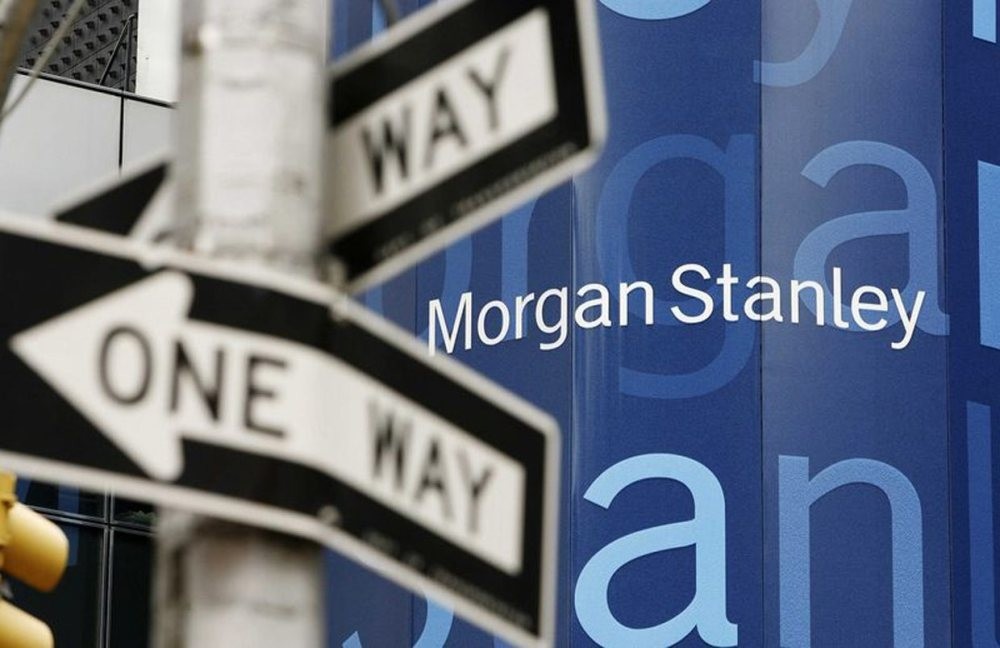 A street sign is seen near the Morgan Stanley worldwide headquarters building in New York.
by Daily Sabah Jun 18, 2016 12:00 am
In its Central and Eastern Europe, Middle East and Africa (CEEMEA) report released Friday, U.S.-based multinational financial services cooperation Morgan Stanley reported that it expects that the Central Bank of the Republic of Turkey will cut the upper band of the interest rate corridor by 50 base points following its monthly Monetary Policy Committee meeting on June 21.

Morgan Stanley expects the central bank to go forward with its interest rate cuts, bolstered by the stable lira and inflation, which has been announced at levels lower than expectations, in line with the aim of reducing inflation from its current high single digits.

The bank reduced the upper band of the interest rate corridor (the marginal funding rate) 50 base points from 10 percent to 9.5 percent last month while leaving the policy rate (one-week repurchase agreement rate) and the lower band (borrowing rate) unchanged at 7.50 percent and 7.25 percent, respectively. The move was in line with the expectations of the markets. The central bank has lowered the upper band 1.75 percent in total over the four months preceding May.

Bolstered by annual inflation dropping to 6.6 percent in April and the government's remarks deeming interest rate cut necessary to spur investments and support economic growth, market expectations in May had already been shaped in accordance with further rate cuts despite the recent weakening of the lira and concerns regarding the United States Federal Reserve's interest rate policy.
Last Update: Jun 18, 2016 1:20 am
RELATED TOPICS