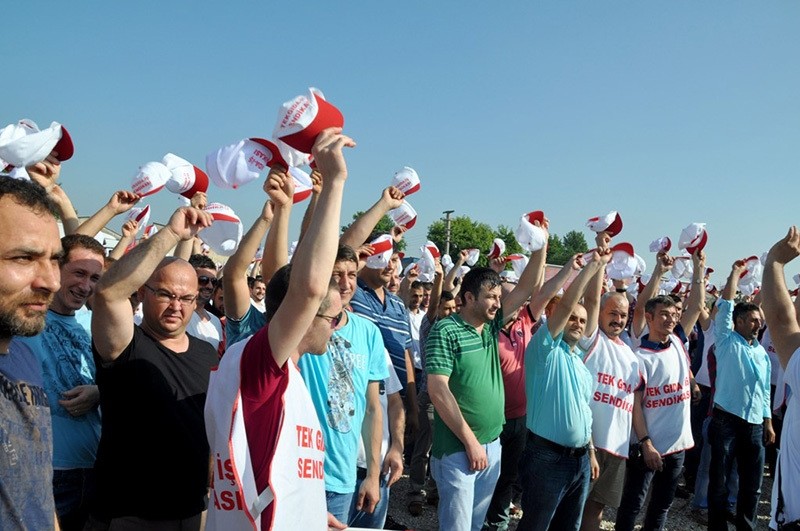 Production at the Karacabey factory of Nestle in Turkey's western province of Bursa, has halted as 900 workers have been striking over low wages since early Tuesday.

The labor union, Tek Gıda-İş, announced that it could not agree on a collective bargaining deal with the company over wage raises.

General secretary of Tek Gıda-İş told the striking workers who gathered in front of the factory, "The production at the factory has stopped. Only a certain number of workers are inside for maintenance as per legal liability. Except them, all other comrades are outside and have joined the strike."

Mustafa Akyürek further said that the union's demand was that all wages should be increased by 600 TL ($206) on an equal basis, but as the company offered a much less raise, there could not be a common ground for negotiation.

One of the striking workers reportedly said that 60 percent of the workers were getting minimum wage, adding that contract workers should be included in the company as permanent staff.
Last Update: Jun 22, 2016 11:18 am
RELATED TOPICS