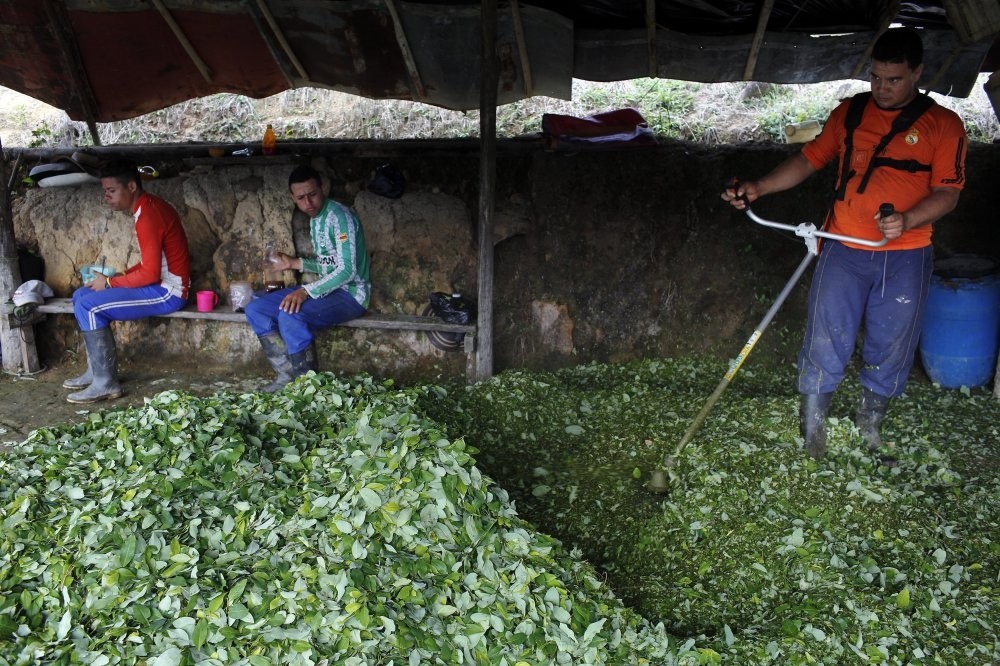 Coca cultivation in Colombia, one of the world's biggest cocaine producers, rose 39 percent last year as farmers ramped up production on hopes they would be paid to switch to legal crops if peace is signed with Marxist FARC rebels, the government said on Thursday.

The increase in coca cultivation also coincided with the suspension last year of aerial fumigation using the herbicide glyphosate, Defense Minister Luis Carlos Villegas said. The area under coca cultivation rose to 96,000 hectares at the end of 2015, its highest level in seven years, and up from 69,000 hectares a year earlier, Villegas said, using data from the United Nations. "The government is very worried about these numbers, but it's not surprising," Villegas told reporters.

Farmers growing coca, the raw material for cocaine, have expanded cultivation or switched from legitimate crops after government promises of subsidies and technical help to create coffee plantations and raise crops like fruits and beans once peace with the Revolutionary Armed Forces of Colombia (FARC) is achieved.