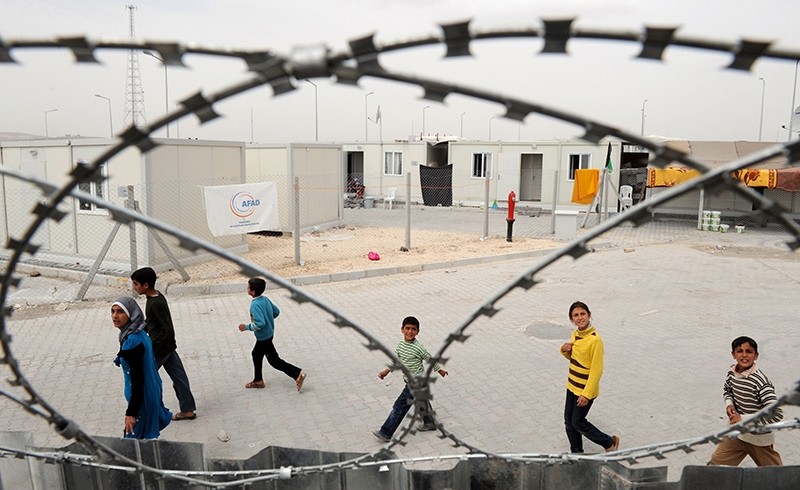 Turkey is in the process of giving citizenship to Syrians who have never been involved in terrorist activities and who are seen as "useful" to the country, Deputy Prime Minister Numan Kurtulmuş said on Monday.

Speaking at a press conference following a Cabinet meeting in Ankara, Kurtulmuş said: "Our Interior Ministry has not yet completed the work on the issue of giving citizenship to Syrians. Our ministry is working on the issue in detail."

Kurtulmuş said work is ongoing to pave the way to give Turkish citizenship to Syrians who "can be of use to Turkey, who have never been involved in terrorism and who can create a bridge between Turkey and Syria."

President Recep Tayyip Erdoğan said earlier this month that millions of Syrian refugees in Turkey would have the chance to become citizens of the country that has given them shelter.

Around 2.7 million Syrians who fled the civil war in their country live in Turkey.

Syria has remained locked in a vicious civil war since early 2011 when the Syrian regime cracked down on pro-democracy protests with unexpected ferocity.

Since then, more than 250,000 people have been killed and more than 10 million have been displaced, according to U.N. figures.

The conflict in Syria has now driven more than 4 million people, or one-sixth of the country's population, to seek sanctuary in neighboring countries, making it the largest refugee crisis in a quarter of a century, according to the U.N.
Last Update: Jul 11, 2016 3:29 pm
RELATED TOPICS