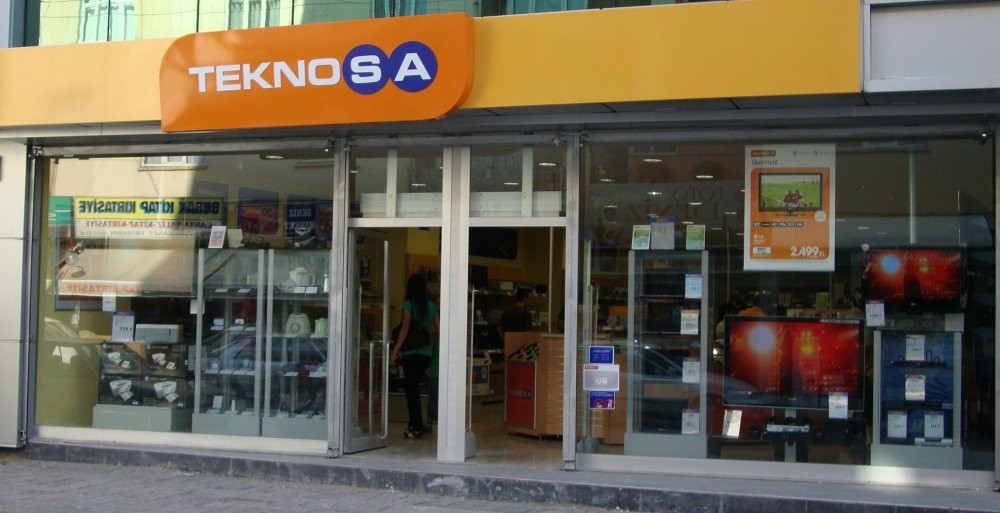 by Daily Sabah Jul 15, 2016 12:00 am
According to the Hürriyet daily, Teknosa has decided to close 76 stores countrywide after the company decided to restructure at a high level meeting in June, and it has started closing its stores that are not productive one by one; however, through an announcement made on the Public Disclosure Platform (KAP), the company denied that it took such a decision.

In the statement, the company verified that it is carrying out a restructuring process to increase efficiency in its operations, and it also said it is usual for the company to close and open stores every year across Turkey, adding that during the first half of the year, Teknosa opened 15 stores and closed 33 stores.

According to reports in Hürriyet, Teknosa's senior officials are said to have produced a list of stores that were not making sufficient profit and were too near to another, with 90 stores selected, adding that while June saw 12 of them already closed, the closure dates for the rest have already been determined and the relevant parties were informed.

The recent exit from the Turkish market of leading consumer electronics franchises such as BestBuy, Darty and Electro World's, along with Gold Computer's application to delay bankruptcy, all have had a huge impact on the sector.

Teknosa had already decided to close stores before the restructuring process. At its peak it had 310 stores in November 2014, and the company started serving in Turkey's 81 provinces by also opening a store in Cizre, Şırnak. Teknosa General Manager Bülent Gürcan decided to close 22 unproductive stores in May 2015. The total number of Teknosa stores across Turkey is currently 288.
RELATED TOPICS