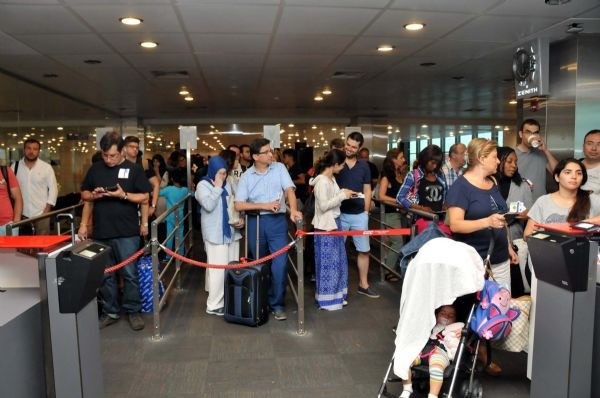 "In due course, all Turkish Airlines operations and flights are proceeding uninterrupted and will continue to do so," the carrier said.

"Turkish Airlines united with all of the heroic and honorable Turkish people in extraordinary efforts, played an important role to terminate the malevolent illegal attempt on the evening of July 15," the airlines said in a statement on Thursday.

Turkish Airlines had canceled 925 domestic and international flights on Saturday following the failed coup of July 15.

"All state and government authorities have also confirmed that it is a precautious action to protect the country from all possible threats, maintain all democratic rights and the continuation of all basic rights and freedoms," the flag carrier's statement said.

The flag carrier flies to more countries than any other airline, with 331 aircraft flying to 290 destinations worldwide, 241 international and 49 domestic, the statement added.

At least 246 people, including members of the security forces and civilians, were martyred during the failed putsch and more than 1,530 others were wounded as they protested against it.