G20 leaders pledge to use all tools to boost growth, avoid Brexit shock 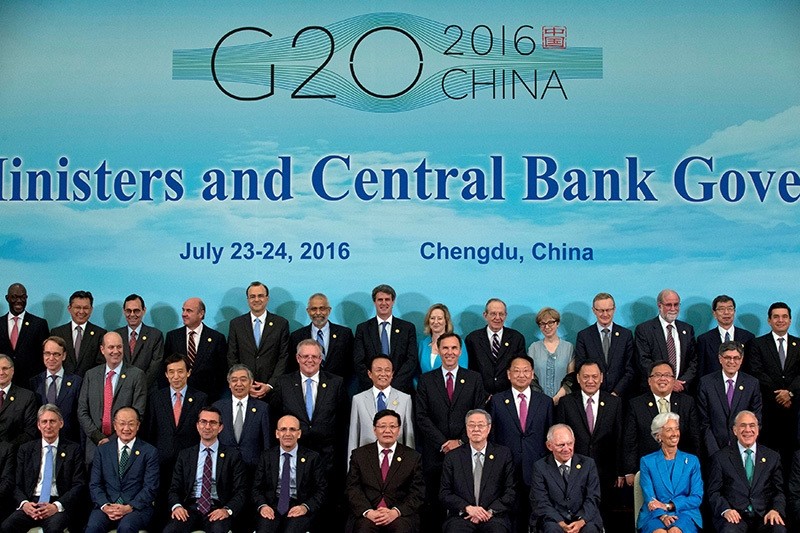 Finance leaders from G20 countries reiterated Sunday their commitment to employing all policy tools -- monetary, fiscal and structural -- to pursue growth, while the head of the International Monetary Fund (IMF) called for broad-based policy efforts.

In a statement released at the conclusion of the G20 Finance Ministers and Central Bank Governors Meeting in the southwest Chinese city of Chengdu, the IMF's Christine Lagarde highlighted member states' determination to use such tools individually and collectively to achieve strong, sustainable, balanced and inclusive growth.

"We met at a time of political uncertainty from the Brexit vote, and continued financial market volatility. Lackluster growth of the post-crisis era continues, with weak demand in advanced economies and difficult transitions to a self-sustained growth model in many emerging markets," she said.

Noting that global growth had been revised downward slightly for 2016 and 2017 due to these circumstances, she described the discussions as having taken place "in a spirit of cooperation and willingness to tackle difficult issues".

"There was a consensus around the table that more needs to be done to share the benefits of growth and economic openness broadly within and among countries," she added.

"Structural reforms are particularly critical, as recent IMF work shows that well-designed structural reforms can lift both short- and long-term growth and make it more inclusive," she underlined. "Further trade liberalization is also crucial to bolster productivity and global growth, while taking steps to ensure the gains from trade are shared widely."

A joint communique issued after the two-day meeting described the global economic environment as "challenging", acknowledging that "downside risks persist, highlighted by fluctuating commodity prices, and low inflation in many economies".

"We are using fiscal policy flexibly and making tax policy and public expenditure more growth-friendly," it said. "We will carefully calibrate and clearly communicate our macroeconomic and structural policy actions to reduce uncertainty, minimize negative spillovers and promote transparency."

Earlier this month during a meeting in Shanghai, trade ministers from G20 countries pledged to improve trade governance and push efforts toward trade liberalization to combat a slowdown in growth.

The ministerial-level meeting was hosted in advance of the 2016 G20 Summit set to be held in the eastern city of Hangzhou on Sept. 4 and 5.