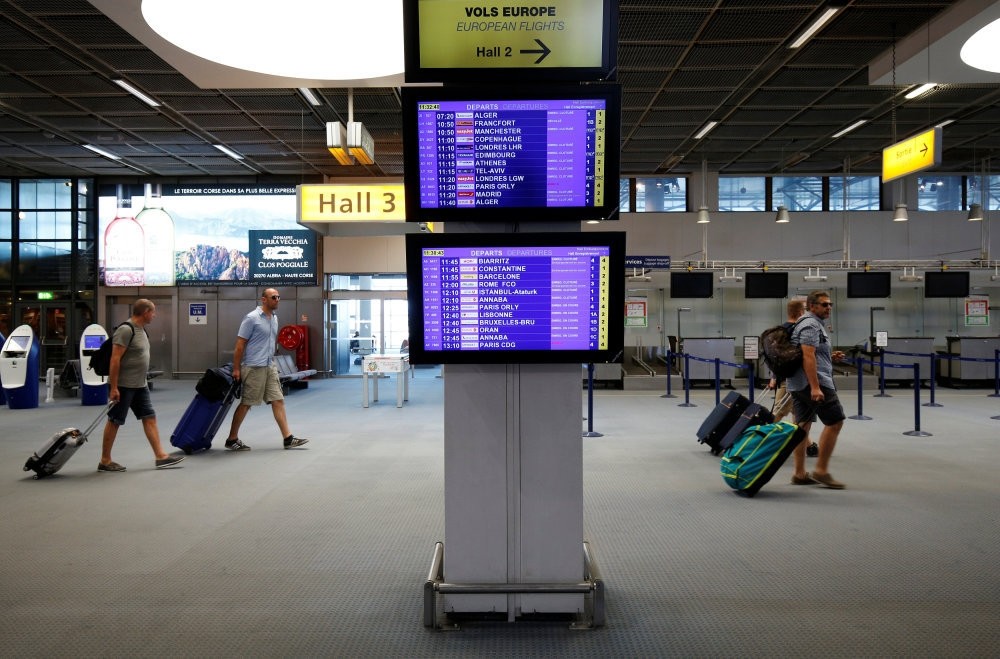 by Jul 28, 2016 12:00 am
Air France-KLM said Wednesday it managed to cut its net loss significantly in the first half of this year but warned attacks had reduced the attractiveness of France as a travel destination. "The global context in 2016 remains highly uncertain regarding the geopolitical and economic environment in which we operate," the French-Dutch airline group said in a statement, citing "a special concern about France as a destination."

The group cut its net loss to 114 million euros in the first half of the year compared to 638 million in the same period in 2015. On an operating basis, it made a profit of 218 million compared to a loss of 238 million. While the airline group managed a net profit of 41 million euros in the second quarter, it noted a "clear deterioration during the quarter" in revenues, which dropped by 5.2 percent. The company's shares soared nearly 4.8 percent in early Paris trading, vastly outpacing the stock exchange's CAC 40 index which rose 1.1 percent.

The results were announced as Air France faced another strike by employees, which forced it to cancel 13 percent of flights yesterday during the peak summer travel season.

Chief financial officer Pierre-Francois Riolacci said unit revenue fell by 5.6 percent in the second quarter, which he put down to the sluggish global economic recovery and "most of all the effect of the terror attacks that have struck Europe in recent quarters and which resumed with the Brussels attacks at the end of March."

The March 22 Brussels airport and metro attacks which killed 32 people are believed to be the work of jihadists closely linked to the cell that carried out the November Paris massacres in which 130 people died.

The July 14 attack in Nice in which 84 people were killed when a gunman drove a 19-ton truck into a crowd of revelers following Bastille Day fireworks has renewed concerns about the impact on tourism, which accounts for 7 percent of France's economy and employs 2 million people.

French officials said earlier this month that the number of tourists arriving on regular flights has fallen by 5.8 percent since January, including by 11 percent in Paris.
RELATED TOPICS