E-commerce giant Alibaba's revenue soars to $4.84 billion as its user base grows 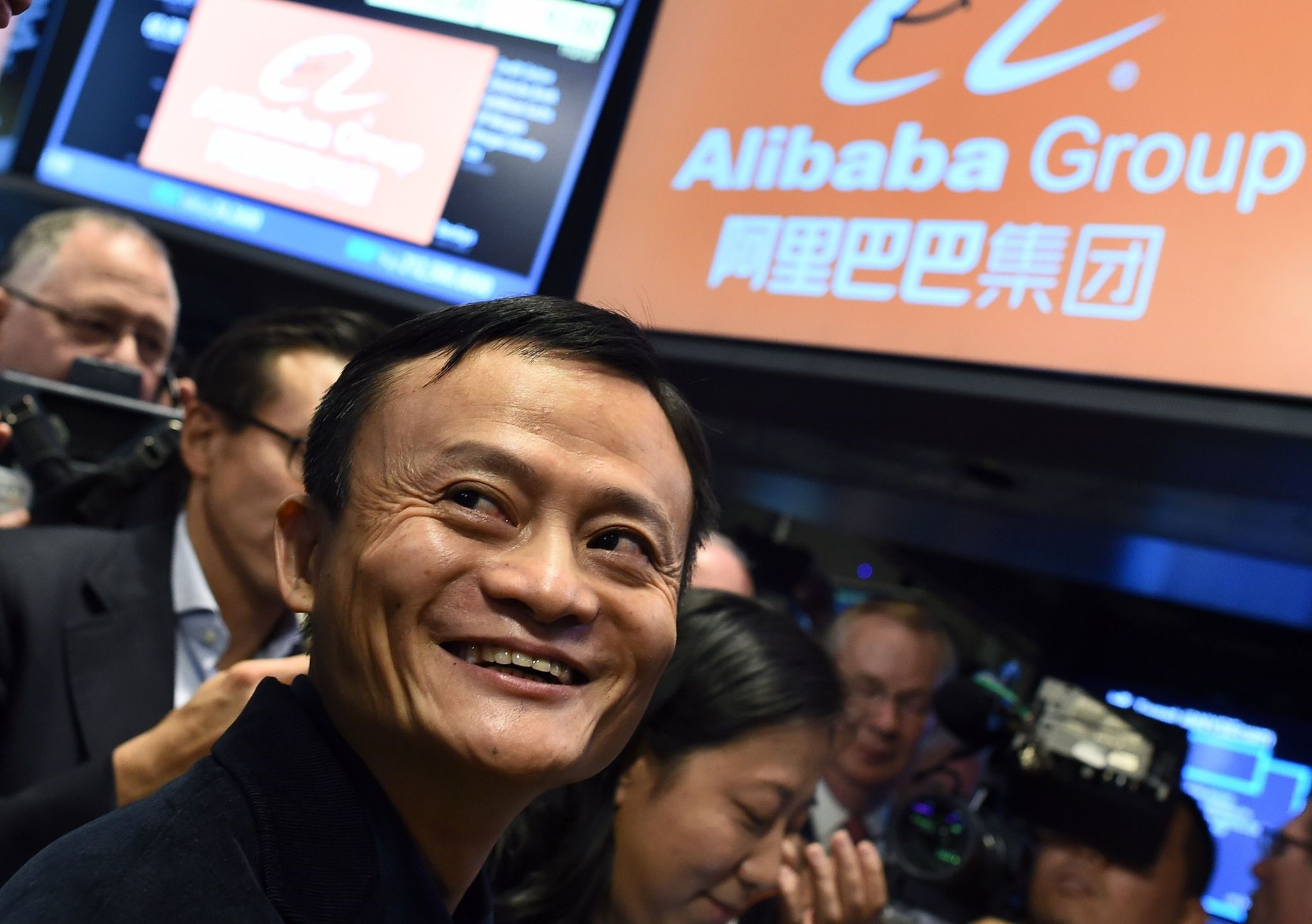 This file photo taken on September 19, 2014 shows Chinese online retail giant Alibaba founder Jack Ma smiling as he waits for the trading to open on the floor at the New York Stock Exchange in New York. (AFP Photo)
by Aug 11, 2016 12:00 am

China's Alibaba Group Holding Ltd posted its best revenue growth since before the e-commerce titan's listing in late 2014, lifting its shares to their highest level in a year.

But Alibaba was silent on the U.S. Securities and Exchange Commission (SEC) investigation into its accounting practices, which have long been the subject of criticism.

In the three months to June 30, Alibaba also made more money from mobile shopping than from PCs for the first time, helping to send its shares up by more than 5 percent to $92.10 in New York, its highest level in more than a year.

"We never had any doubt that we would be able to deliver increasing monetization of our users," Executive Vice Chairman Joe Tsai told a post-earnings conference call.

"This is a decoupling of revenue from GMV (gross merchandise volume)," he said, referring to a measure of the total value of goods transacted on Alibaba's online shopping platforms.

That translated to quarterly revenues of 32.15 billion yuan ($4.84 billion), a 59 percent leap from the previous year and the highest growth rate since late 2013.

Analysts had on average had expected revenue of 30.17 billion yuan, according to Thomson Reuters I/B/E/S.

Chief Financial Officer Maggie Wu said the ratio of money Alibaba made from e-commerce transactions was higher for mobile users than non-mobile users for the first time, something investors had expressed scepticism about before its IPO.

"If there is a slowdown in the Chinese economy... I don't believe Alibaba is going to escape that," Luria said.

While China e-commerce was strong for Alibaba in its first quarter, the company is also investing in other businesses including cloud computing arm Aliyun, driverless vehicles and online shopping in Southeast Asia. It hopes these can become an eventual source of growth as Alibaba faces the prospect of a saturated online retail market in China

Although some are showing promise - Aliyun sales rose 156 percent, though only contributed 4 percent of total revenue - most are still loss-making.

Tsai also took aim at those who had criticized Alibaba for its opaque accounting practices, noting that the company had started to report its revenues by business segments and provide more detail about its earnings.

"We have worked hard to make it easy to understand Alibaba," he said. "We have provided you with more detailed info about our company so that you can better analyze our business."

However, Alibaba said in June it would in the future only release GMV figures, a measure it had previously strongly emphasized, on an annual basis.

This followed the disclosure that the SEC was probing Alibaba's accounting practices, related party transactions and data from its annual Singles' Day shopping festival, which produces figures the firm touts as a yardstick for its scale and success.

Asked about the investigation on Bloomberg Television, Tsai said there were no updates.