Trustees appointed to Boydak Holding over links to Gülenist terror-cult 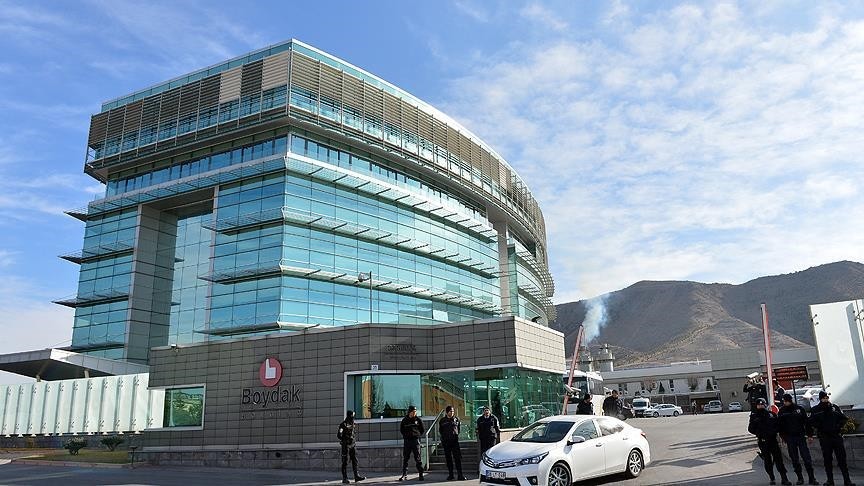 After the court's decision, five trustees appointed to manage the holding as part of an ongoing probe into the terrorist group arrived at the headquarters with police officials.

A former executive at the holding, Hacı Boydak, and three other executives -- Şükrü, İlyas, and Bekir Boydak -- were remanded in custody early August, while a court in Kayseri ordered the release of the holding's chairman, Mustafa Boydak and another executive Halit Bayhan under judicial control.

An international travel ban was also imposed on Mustafa Boydak and Halit Bayhan.

According to the Boydak Holding website, the family-based consortium was established in 1957 and has interests in furniture, textiles, chemicals, marketing, logistics, and energy. Its' 42 companies have employed more than 14,000 staff.

Bellona, İstikbal and Mondi, some of the major companies in Turkey's furniture sector, operate under the umbrella of Boydak Holding.

On Thursday, Turkish police raided over 200 addresses across 18 provinces, including Istanbul, on Thursday as part of a nationwide probe into the financing of FETÖ.

Turkey was rocked by the coup attempt, the third major attempt by the military to seize power in its history, on July 15. Coup plotters linked to FETÖ tried to overthrow the government and assassinate President Tayyip Erdoğan.

Troops loyal to the state along with police units and thousands of unarmed civilians who simply stood in front of tanks and tried to convince soldiers to lay down their arms succeeded in quelling the coup attempt. In the process, more than 230 people, the majority of them civilians, were killed and more than 2,000 people were injured.

Massive purges are still underway to weed out suspected sympathizers of Gülen within the bureaucracy, military, police, judiciary and politics.