1915 Çanakkale bridge project to kick off on March 18 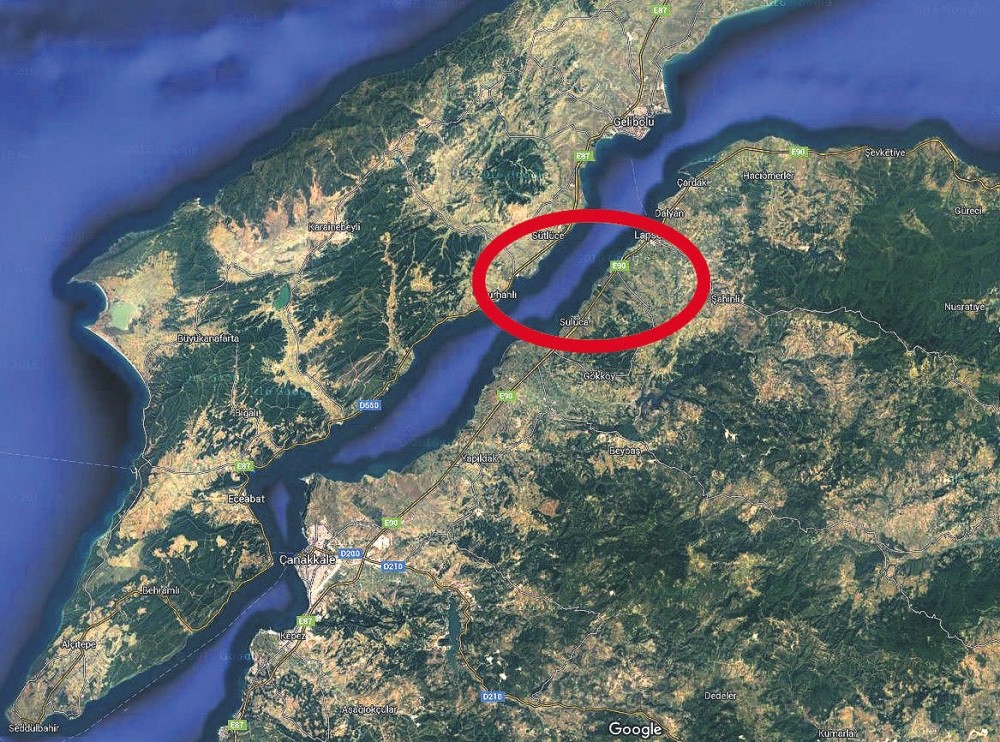 by Daily Sabah with AA Aug 19, 2016 12:00 am
Transportation, Maritime and Communications Minister Ahmet Arslan said the High Planning Council has made its decision regarding the 1915 Çanakkale Bridge. Noting that the auction for the bridge is slated to be held in the last quarter of the year, Arslan said they are planning the lay the foundations of the bridge on March 18, 2017.

The 1915 Çanakkale Suspension Bridge will be the world's longest bridge with a central span of 2,023 meters in accordance with the 100th anniversary of the Republic of Turkey, Arslan told Anadolu Agency (AA). Pointing out that the route of the project has been fully determined, Arslan said the suspension bridge will be built between the Lapseki and Gelibolu districts of Çanakkale so as not to disturb the archeological sites in the region. Stating that the 45-kilometer-long highway, spanning a route from the district of Gelibolu to Malkara in Tekirdağ, will be constructed as part of the bridge's bidding as well, Arslan said the road will be later connected to the Istanbul-İzmir Highway in the Savaştepe district of Balıkesir and exit from Kınalı in the north.

Noting that the High Planning Council made its decision regarding the project and plans to hold the auction in the last quarter of the year, Arslan said the project will be completed in accordance with the build-operate-transfer model and will not use any public resources.

Pointing out that the foundations of the bridge will be laid out on March 18 next year, Arslan said that the bridge will not only serve the people of Çanakkale but also the movement of freight from Europe, Kapıkule and Trace to Turkey, being transported to the Aegean region and the Western Mediterranean as well as the western part of Turkey via the bridge. Therefore, freight will be able to go to the Aegean and Mediterranean regions directly, without passing through Istanbul or historical parts of Turkey's western region. In addition, the movement of freight will be able to enter the Aegean region from both the Asian and European sides of Istanbul. On the other hand, freight being sent to the Western Mediterranean region will pass through Trace via the Çanakkale Bridge.

Pointing out that the council hopes to create a ring around the Sea of Marmara surrounding it with highways and bridges, Arslan said the Osmangazi Bridge has been completed and the section that runs through the northwestern city of Bursa will be completed by the end of the year. The Yavuz Sultan Selim Bridge will open on Aug. 26 along with its access roads. After the Çanakkale Bridge and its access roads are completed, a ring will be created around the Sea of Marmara, according to Arslan, ultimately boosting the economy and movement of freight in the region by easing access to key ports and increasing the standard of living for those living within a 789,000-kilometer radius of the area; including Kars, Ardahan, Iğdır and Ağrı. "With the value it adds to the region as well as its positive contributions to the socioeconomic status of residents in the region, these projects provide resources for the Turkish people and generate added value for the people," Arslan said.

Highlighting that the bridge will be put into service within three years, Arslan said: "Like the 15-year-olds who risked their lives to show their solidarity with the Turkish nation as veterans and martyrs on July 15, medical students from Istanbul risked their lives in the 1915 Dardanelles War. [Young teenagers] went to war and revealed the true spirit of being one nation. Therefore, we have chosen this name for the bridge to remind our young people of the significance of the year 1915."
RELATED TOPICS