Japan pledges $10B for African infrastructure 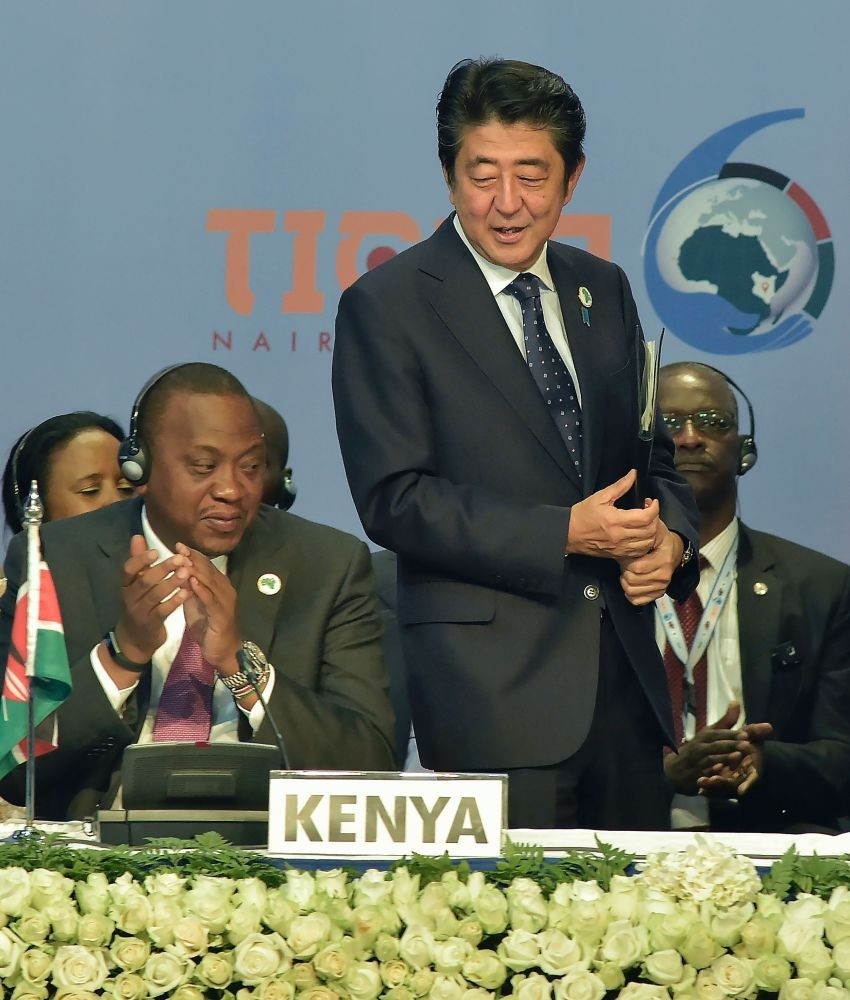 Japanese Prime Minister Shinzo Abe (R) stands next to Kenyau2019s President Uhuru Kenyatta (L) during the opening of the Tokyo International Conference on African Development in Nairobi.
by Anadolu Agency Aug 29, 2016 12:00 am
Japan will give $10 billion in infrastructural aid to Africa over the next three years, the country's leader told a major development summit in Nairobi, Kenya on Saturday. Prime Minister of Japan Shinzo Abe told the Tokyo International Conference on African Development (TICAD) the funded projects would include electricity generation and urban transport. Roads and ports will also be targeted for development.

Speaking in front of 34 African heads of state, Abe added that $500 million will be injected into the continent's health initiatives to combat epidemics and other health-related issues, He said the money will help tackle public health emergencies such as Ebola. A portion of the funding will go through the African Development Bank. Kenyan leader Uhuru Kenyatta, the host of the first ever TICAD to be held on the continent, urged African leaders to invest heavily in opportunities in global trade where there are more competitive business environments. "The global system of multi-lateral agreement on trade and development is under greater stress than it has been in the last half century. The wealthiest countries today, with few exceptions, got rich by trading with others," the Kenyan leader said.

He added that the critical ingredients of prosperity in the last half century have been free and fair trade, infrastructural integration of regions and educated and productive citizens who enjoy economic liberty. TICAD has been held every five years since 1993. Japan also promised it will support Africa in its efforts to secure permanent representation on the United Nations Security Council. Abe said "the enormous continent of Africa has given no permanent member to the United Nations Security Council." He said Africa had a right to demand the international community better reflect its views, adding that Africa should send a permanent member to the Security Council by 2023 at the very latest.
RELATED TOPICS