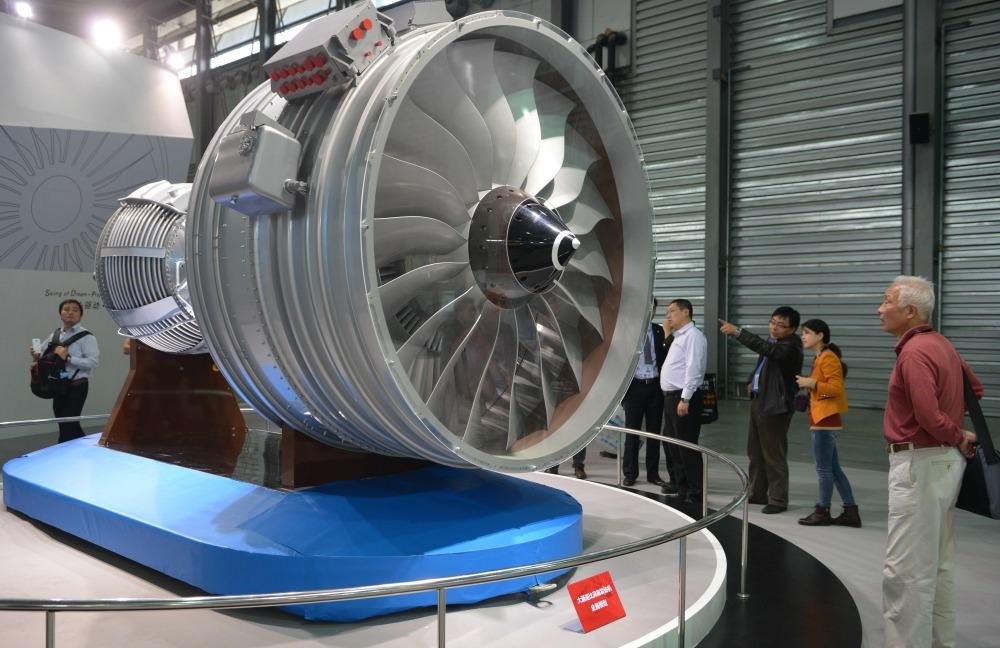 As Beijing seeks the prestige of having its own aviation sector, it is looking to change that with the creation of a new national champion in the aerospace field. The Aero Engine Corporation of China (AECC) has registered capital of 50 billion yuan ($7.5 billion) and previous reports said it would incorporate subsidiaries of a series of state-owned firms, including the Aviation Industrial Corp. of China (AVIC).

China does not make large commercial jet engines of its own and the country's narrow-body airliner, the C919, which is powered by engines from CFM International, a venture between the U.S.'s GE and France's Safran.

Leaders have targeted the manufacture of high-technology products such as jet engines as a means to transform the world's second largest economy and make its firms more competitive with advanced foreign rivals in aerospace, biotechnology, alternative energy and other sectors.

Premier Li Keqiang said in written comments that making "breakthroughs" in advanced aircraft engines would have great value in strengthening the military and manufacturing ability of the country.

The new firm will employ 96,000 employees and be headquartered in the capital, reports said, with China's State Council, or cabinet, and the Beijing city government also investing in it.

But industry executives say it could take years for the firm to develop the engines to power big commercial jets.

homegrown regional jet the ARJ21, made by AECC investor the Commercial Aircraft Corp. of China (COMAC), made its first commercial flight after years of delays, though its quality and reliability still have to be established to win over customer and passenger confidence.

Meanwhile, China's biggest carmaker Shanghai Auto Industry Corporation (SAIC) has reported a rise in net profit of more than six percent in the first half on stronger sales. The firm made 15.06 billion yuan ($2.25 billion) in the first six months of the year, SAIC said in a statement last week to the Shanghai stock exchange, where it is listed. The figure was 6.31 percent higher than the 14.17 billion yuan in the same period last year. SAIC sold a total of three million cars in January-June, up 4.9 percent year-on-year, according to the statement, maintaining its position as the country's biggest auto manufacturer by sales. The company said a "stable growth trend" in the domestic auto market supported its earnings.

Car sales in China, the world's biggest auto market, increased in 2015 at their slowest rate in three years, rising less than five percent annually to 24.6 million units as the world's second-largest economy lost momentum. But they jumped 8.14 percent year-on-year in the first six months to 12.83 million, according to the China Association of Automobile Manufacturers.

China's economy expanded 6.7 percent in the second quarter of this year, the same as the previous three months but down from 6.9 percent for all of 2015.

On the other hand, Chinese oil giant Sinopec, Asia's biggest refiner, saw its first half net profits drop 21.6 percent, it said, hit by low oil prices. The company made 19.92 billion yuan ($2.98 billion) in the January to June period, compared with 25.42 billion yuan in the same period last year, according to a statement to the Hong Kong stock exchange, where it is listed.

"In the first half of 2016, international crude prices recorded a sharp decline from prices in the first half of 2015, and bottomed out during the period," the oil giant said in the statement late Sunday. The sharp decline in oil prices overshadowed a rise in domestic demand, it added, with domestic consumption of oil products up by 4.4 percent in the period. The decline in oil prices has also hit China's two other major producers. China's biggest oil producer PetroChina said last week net profit plunged 97.9 percent year-on-year in the first half, to 531 million yuan. The country's main offshore oil and gas producer CNOOC reported a net loss of 7.74 billion yuan in the first six months of the year.
Last Update: February 02, 2020 12:22