After Apple, EU may focus on companies closer to home 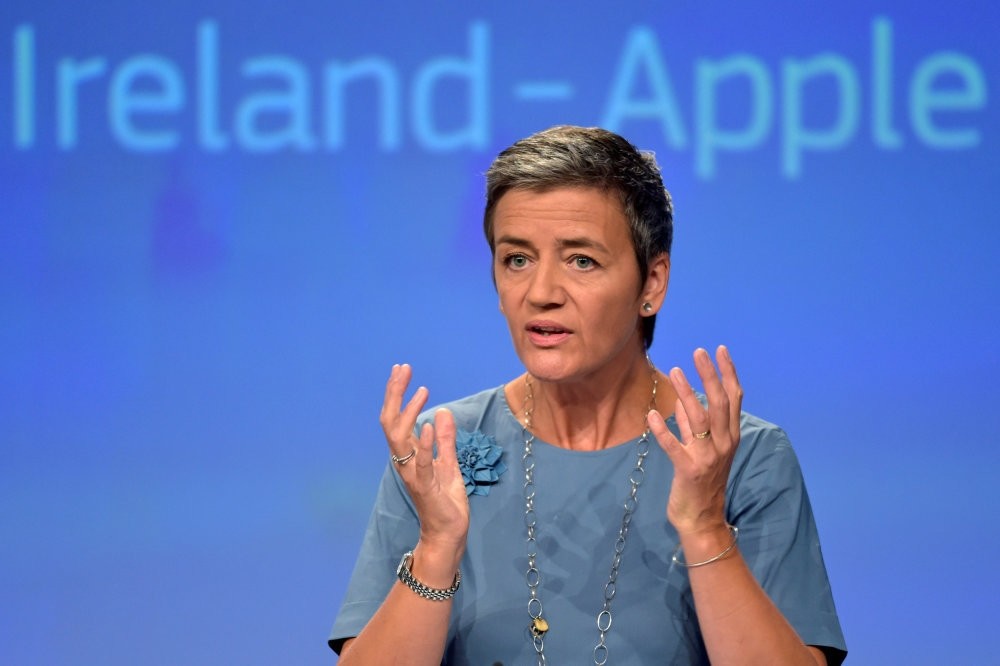 The European Commission began probing some 1,000 companies in up to 23 EU states in 2013. Nonetheless, officials reckon the Commission may choose a company closer to home for any major new inquiry

Multinational companies can expect the European Commission to press on with a crack down on sweetheart tax deals after handing Apple a breathtaking demand for 13 billion euros, officials and experts said yesterday. But Competition Commissioner Margrethe Vestager may be tempted to train her fire on European companies after a string of investigations of U.S. global giants that, especially after Tuesday's Apple verdict, has enraged the United States. The order to the iPhone maker to pay back taxes to Ireland on the grounds that Dublin illegally favoured Apple with a tax regime that amounted to a competition-distorting subsidy was the biggest of 38 decisions by Vestager since the Commission began probing some 1,000 companies in up to 23 EU states in 2013.

Another U.S. firm, coffee chain Starbucks was ordered to repay up to 30 million euros to the Netherlands and a unit of Italy's Fiat must hand a similar sum to Luxembourg. In a separate case involving 35 firms in Belgium, many were not identified but some were also from the United States. The Commission will not say when a decision is likely on two outstanding cases involving two more U.S. firms, Amazon and McDonald's, both in Luxembourg. Set alongside a series of high-profile antitrust probes into Google and Vestager has a case to answer on charges of anti-American activity - albeit one that she strenuously denies.

Nonetheless, people involved in competition law in Europe, many of whom declined to speak on the record for this story, reckon the Commission may choose a company closer to home for any major new inquiry.

"It is quite obvious that the Commission will not be able to investigate 1,000 tax rulings. It will only go after manifest violations," said Georg Berrisch, partner at law firm Baker Botts, who noted the fertile ground the Commission may have in evidence turned up in 2014 by leaked data from Luxembourg.

"It will have to pick and choose a few cases, maybe look into European companies. Luxleaks mentioned several European companies having tax deals with Luxembourg," Berrisch said. Vestager, arguably the most powerful official in the EU due to her individual power to rule on competition cases across the 28-nation bloc, makes no secret of her reliance on others at times to provide the evidence that can justify her inquiries.

For all the fury in Washington over Apple, that and the other current cases were all launched on the back of revelations provided by a U.S. Senate subcommittee inquiry into taxation. It is unclear how many companies may face back tax demands in the end. Given limited resources, officials and observers said, the Commission's competition directorate is likely to focus on a fairly small number in the expectation that success - still to be tested in court - can deter others from going to extremes in reducing their global tax burdens.

Jonas Koponen at law firm Linklaters called the massive tax demand for Apple a wake-up call for others to be wary of how political institutions, not just in Europe, were responding to popular pressure to gather more taxes from rich corporations and the danger that posed of legal turmoil and reputational damage.

"The amounts at stake may intensify the political pressures both within the EU and from outside the EU," he said.

"Companies must now more than ever carefully assess whether any agreements or rulings they receive from national tax authorities are compliant with state aid principles."

It was a point inferred by Vestager herself. Asked at a news conference on Tuesday whether it was fair to penalise a company which "felt that they were abiding by the rules" in agreeing a tax regime for its profits with Irish government, the straight-talking Dane said some should listen to their feelings more.

"If my effective tax rate would be 0.05 percent falling to 0.005 percent," she said, "I would have felt that maybe I should have a second look at my tax bill."

Manwhile, Apple's chief executive Tim Cook says the company has put aside "several billion dollars" to pay tax liabilities in the United States as overseas earnings are repatriated. Cook told Irish state network RTE in an interview broadcast yesterday that repatriation should occur next year as profits from 2014 are repatriated.

The European Commission push to force Apple to pay $14.5 billion in back taxes has put a spotlight on the fact that U.S. companies hold some $2.43 trillion in untaxed earnings offshore, according to Audit Analytics. Here are the 10 companies with the largest offshore earnings hoards: