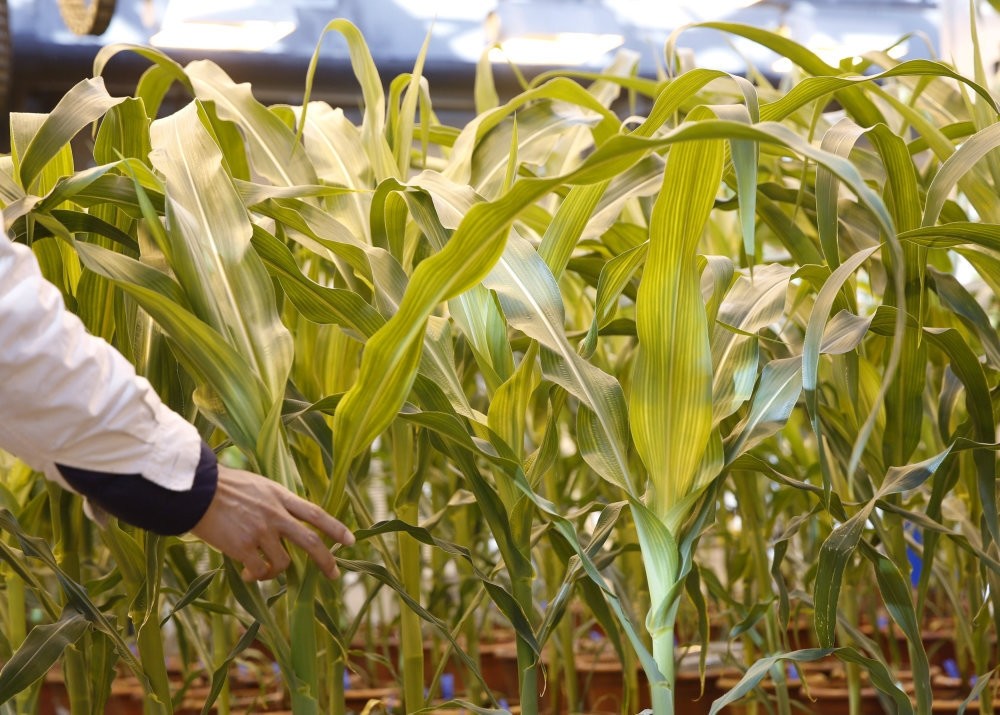 A researcher checks on corn plants in a green house in Syngenta Biotech Center in Beijing.
by Sep 07, 2016 12:00 am
State-owned China National Chemical Corp. said Tuesday it was extending its $43 billion agreed takeover for Swiss pesticide and seed giant Syngenta until November. The company, also known as ChemChina, said the offer for all Syngenta's shares in what would be by far the biggest-ever overseas acquisition by a Chinese firm was now open until at least Nov. 8.

"As previously stated, extensions to the tender offers are expected to occur until all conditions to the offers are satisfied, including obtaining all applicable regulatory approvals," ChemChina said in a statement. The offer for Syngenta shares, announced in February, was extended in May and July, and was due to expire on Sept. 13.

"All of the other terms and conditions of the tender offers remain unchanged and ChemChina continues to expect to conclude the transaction by the end of the year," said ChemChina. Last month a U.S. national security regulator approved the merger, and the companies said a number of anti-trust regulators around the world still need to approve the deal. Syngenta rebuffed U.S.-rival Monsanto three times last year before accepting the ChemChina's offer.

The proposed merger is not the only one in the sector, with German chemicals and pharmaceuticals giant Bayer on Monday sweetening its offer for Monsanto to $127.50 per share, which would bring the deal's total value to almost $66 billion including debt. Monsanto has yet to respond to the new offer.

Dow Chemical and DuPont, two of the oldest U.S. companies, announced the tie-up in December to create the world's biggest chemical and materials group valued at $130 billion.
RELATED TOPICS