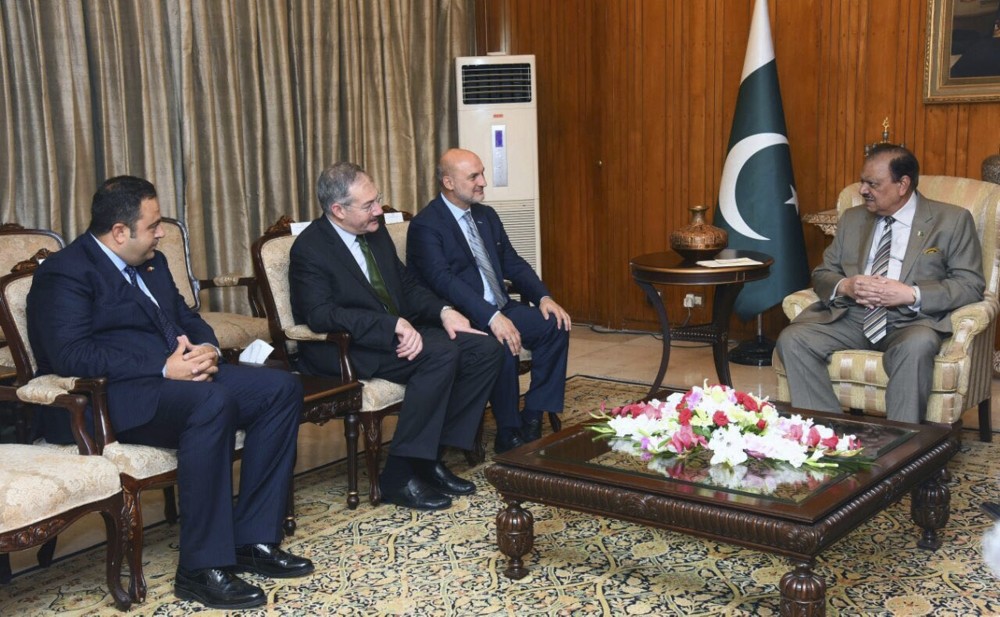 by Daily Sabah Oct 10, 2016 12:00 am
DEİK's President Ömer Cihad Vardan, President on DEİK/Turkey-Pakistan Business Council Atilla D. Yerlikaya and the Members of the Business Council held a series of meeting in the Pakistani capital and the city of Lahore on Sept. 1-2, 2016.

On the meeting with Pakistani President Hussain on Sept. 2, DEİK Delegation emphasized the importance of Turkish-Pakistani relations. DEİK's Vardan thanked to President Hussain for the country's support following the failed coup attempt and said: "Pakistan was one of the first countries condemning the coup attempt and show unity with the people in Turkey. Bilateral ties and strategic partnership dating back to more than 600 years requires such a unity. Pakistan was also the first country sending a Parliamentary Delegation to Ankara after the attempt. Pakistan is an important country to Turkey and it has proved so. As DEİK, we want to increase the volume of trade between our nations in the future. For that, we need to set strategic targets and increase our business cooperation."
RELATED TOPICS