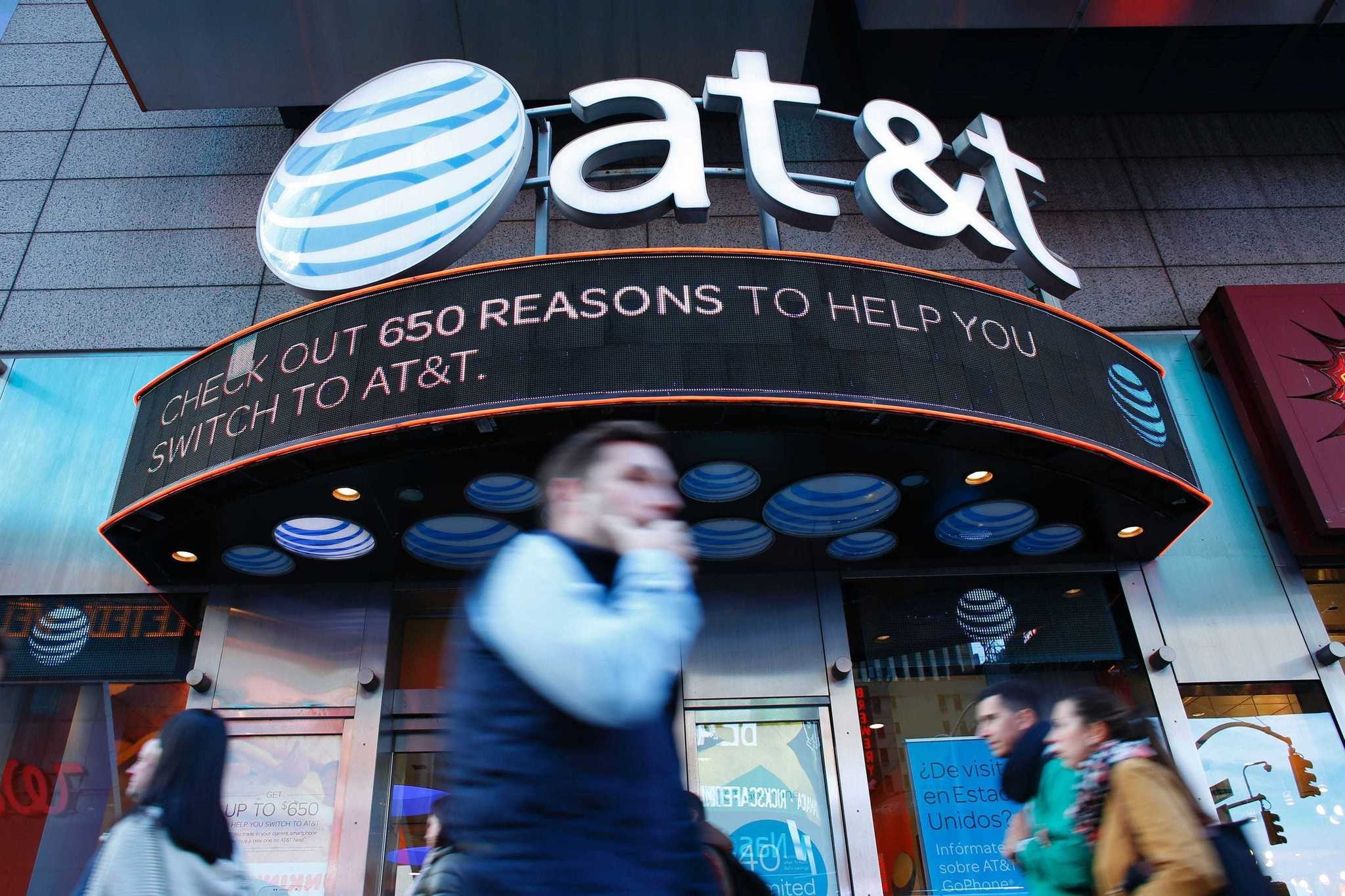 An AT&T-Time Warner mega-deal could create a new kind of media-tech firm in an age where consumers get content Netflix-style, when they want it on any device. Or it could be a remake of another huge merger 16 years ago that sought to unite the media-entertainment giant with another tech sector leader but ended in failure. The deal unveiled Saturday aims to make AT&T a powerhouse positioned for a sector facing major technology changes. The stock-and-cash deal worth $108.7 billion including debt gives a value of $84.5 billion to Time Warner, which includes the Warner Bros. studios in Hollywood and an array of TV assets such as HBO and CNN, rights to sporting events including basketball and baseball and a major video game publisher. It would give the big U.S. telecom and internet operator "the world's best premium content with the networks to deliver it to every screen, however customers want it," a statement from the companies said.

But analysts say the deal faces multiple challenges, including winning regulatory clearance for a massive merger affecting tens of millions of consumers, and successfully combining two different kinds of companies, one in content and the other in delivery.

"We've seen this movie before and it didn't end well," said Rebecca Lieb, an independent media consultant and analyst, referring to a 2000 deal merging AOL and Time Warner that was unwound nine years later.

"It's difficult merging technology and creativity." However, AT&T "didn't want to sit on the sidelines" while rivals such as Comcast and Verizon expanded to become more than simply operators of "pipes" that deliver internet and television, Lieb said. Comcast, which began as a cable operator, took a stake in NBCUniversal in 2009 and full ownership of the media-entertainment group in 2013 to achieve "vertical integration" of content and delivery.

"All the pipe operators are trying to get content," Lieb said. "They don't want to be just delivery entities."

The sector's economics have changed as many consumers - especially younger ones - reject the pay TV "bundles" of hundreds of channels that often cost $100 or more and have long been lucrative for both delivery and content operators.

Many viewers have shifted to video services such as Netflix, Hulu and Amazon, or to "skinny bundles" delivered via internet from Sony, Dish Network's Sling TV and other operators. Google, already a significant player with YouTube, is also widely believed to be building a new streaming service that could shake up the sector. Pay-TV operators are seeing a "slow erosion of the core business," analyst Brett Sappington at Parks Associates said.

"After years of attempts to be more than just a 'dumb pipe,' pay-TV operators have come to realize that a smart, flexible pipe can similarly transform their businesses," he said in a recent research note.

Although some 82 percent of U.S. households still subscribe to pay-TV through cable or satellite, those numbers are slipping, according to Leichtman Research Group, which estimates that major pay-TV groups lost 665,000 in the second quarter alone, a trend that has continued over several years. While AT&T hopes to deliver content such as the Harry Potter franchise and TV programs including HBO's popular "Game of Thrones" to any screen, some see consumers getting squeezed by the deal. The merger could open the door to "self-dealing and discrimination" by a powerful media and delivery group, said John Bergmayer of the consumer group Public Knowledge, who called for a tough regulatory review.

"Big mergers like this inevitably mean higher prices for real people, to pay down the money borrowed to finance these deals and compensate top executives," said Matt Wood of the consumer activist group Free Press. Some politicians are also wary.

U.S. Senator Al Franken said he was "skeptical" of big media mergers "because they can lead to higher costs, fewer choices, and even worse service for consumers."

A combined AT&T could also offer advantages for advertisers by gleaning insights from viewing, browsing and location data - but it remains to be seen if companies can combine that data to target messages.

"Companies like (a merged AT&T-Time Warner) will have a lot of customer data, and that raises privacy issues," Lieb said.

If the deal goes through, it could add pressure on other major players like Disney and 21st Century Fox to expand their offerings, analysts say. Among them, broadcast group CBS and film giant Viacom are eyeing plans to re-merge a group that split a decade ago. Those firms are looking for direction as consumer habits shift, Richard Greenfield of BTIG Research said.

"Time Warner's sale is signaling impending danger for all" legacy media firms, he said in a blog post. "If Time Warner and its management team were confident in the future of the media sector, particularly the cable network industry, they would not be selling now."
RELATED TOPICS