Women won't earn as much as men for next 2 centuries, WEF says 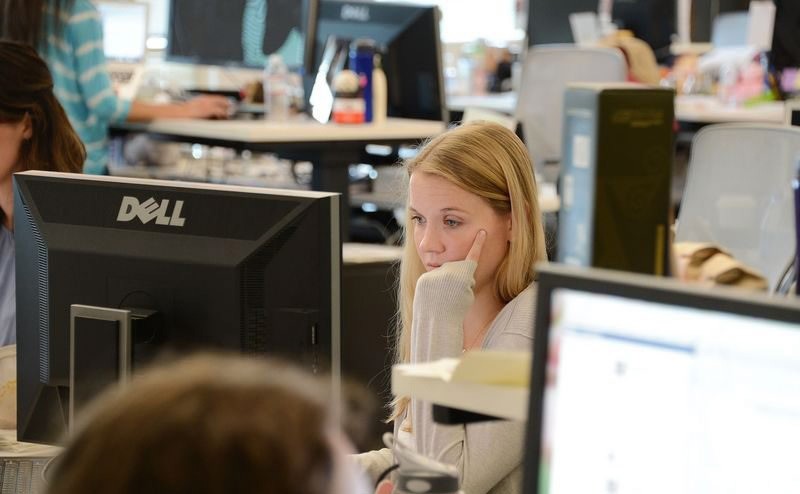 | AFP File Photo
by Associated Press Oct 26, 2016 12:00 am
Progress in closing the global workplace gender gap is slowing dramatically, according to a World Economic Forum study, with a notable exception in Rwanda, a country still emerging from the aftermath of genocide that has become the world's leader on equal pay.

The Geneva-based body pushed back its projection for economic parity between women and men by 53 years after finding chronic imbalances in salaries and workforce representation had reversed the pace of progress since a peak in 2013. It now projects economic equality to be reached in 2186, another 170 years off.

"Progress towards parity in the key economic pillar has slowed dramatically with the gap now larger than at any point since 2008," WEF said when releasing its 2016 Global Gender Report on Wednesday.

Last year, women around the world earned just over half as much as their male counterparts despite working more hours, and participated in the labour market at two-thirds the rate of men, its authors found.

While high-income countries showed the narrowest gender gaps, low-income countries on average performed just as well as their upper-middle-income peers. Differences were more pronounced on a regional basis, with even high-income nations from the Middle East and North Africa scoring low.

Rwanda -- a low-income country -- moved up to fifth place, with more women than men in its labour force and the world's highest share of female members of parliament at 64 percent.

"The number of women in senior positions also remains stubbornly low, with only four countries in the world having equal numbers of male and female legislators, senior officials and managers, despite the fact that 95 countries now have as many - if not more - women educated at university level."

Each year the Geneva-based body gathers politicians and business executives at a week-long summit in the resort town of Davos. With a host of factors holding women back from top positions worldwide, WEF has said female representation in Davos remains too low.