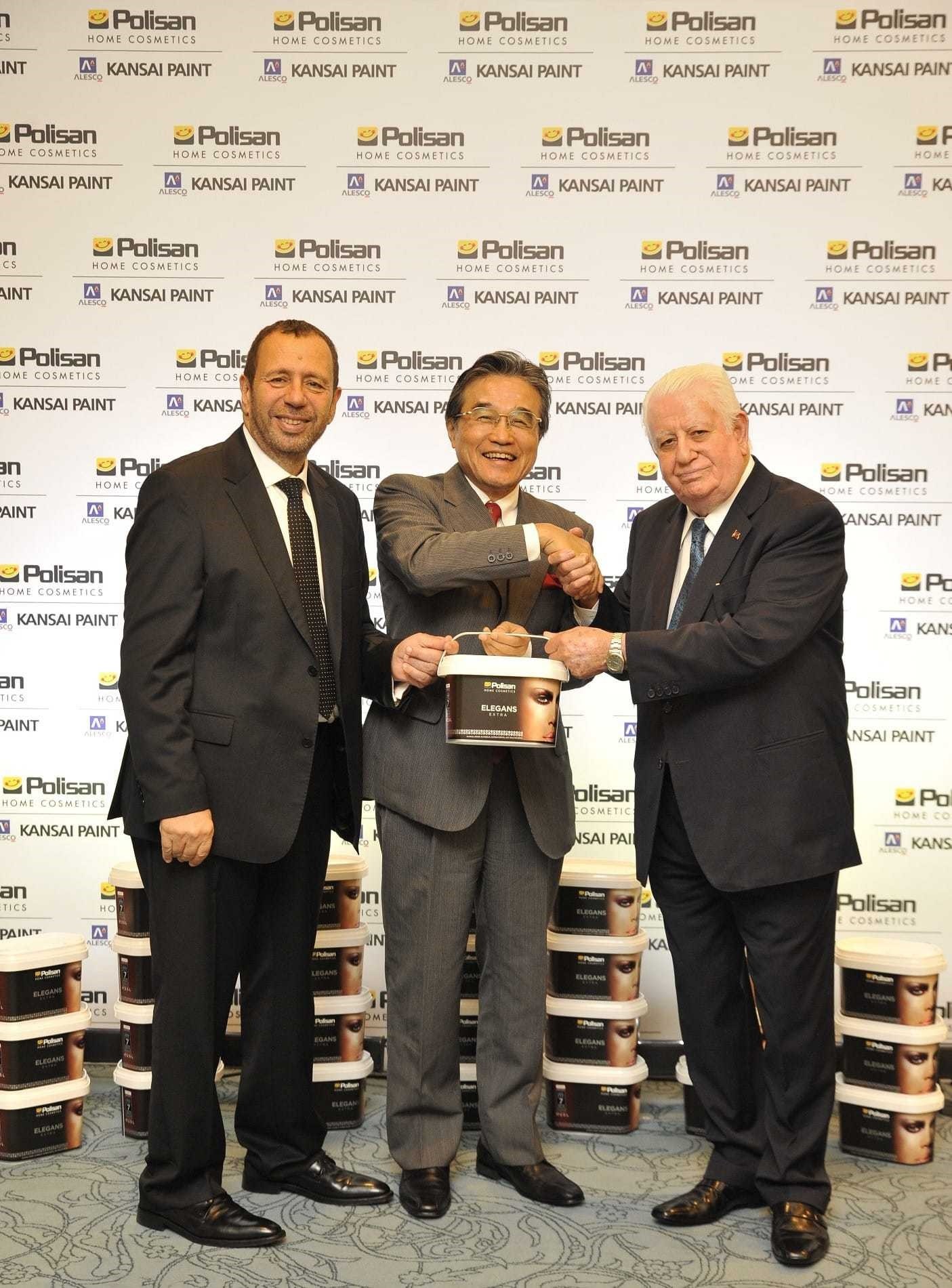 Kansai Paint President Hiroshi Ishino said they are pleased with their partnership with Polisan Boya, which will serve as a bridge in Turkey for the company, stressing that Polisan Boya is the perfect partner for Kansai's growth strategy in the eastern European market with its strong administration, wide sales network, innovative products, services and its new facility.

Set to pay $114 million following the sale, the Japanese manufacturer will make the payment in two bids, $68.5 million for the share prices and $45 million for equity sharing.

In a statement made to the Public Disclosure Platform, Polisan Holding said they previously announced that the company was in the negotiation process with one of the world's top 10 paint manufacturers, Japan's leading paint manufacturer Kansai Paint Co. Ltd., for the purchase of a 50 percent share in its affiliate, Polisan Poya A.Ş, and a share purchase agreement was signed between Polisan Boya and Kansai Paint on Monday. The statement indicates that the share transactions will be completed in December after the approval of the Competition Commission.

Polisan Holding CEO Erol Mizrahi said they are excited for the future opportunities that will develop following the partnership that brought together the world's two-giant brands and stressed that at the new facility, set to be completed by the end of 2017, unprecedented products and services will be offered by combining Polisan Boya's technical expertise in decorative paint and Kansai Paint's power in the global market. Pointing out that the company's financial profit will increase along with a stronger equity structure, Mizrahi said this partnership will be an important step in Polisan Boya's long term growth strategy.
RELATED TOPICS