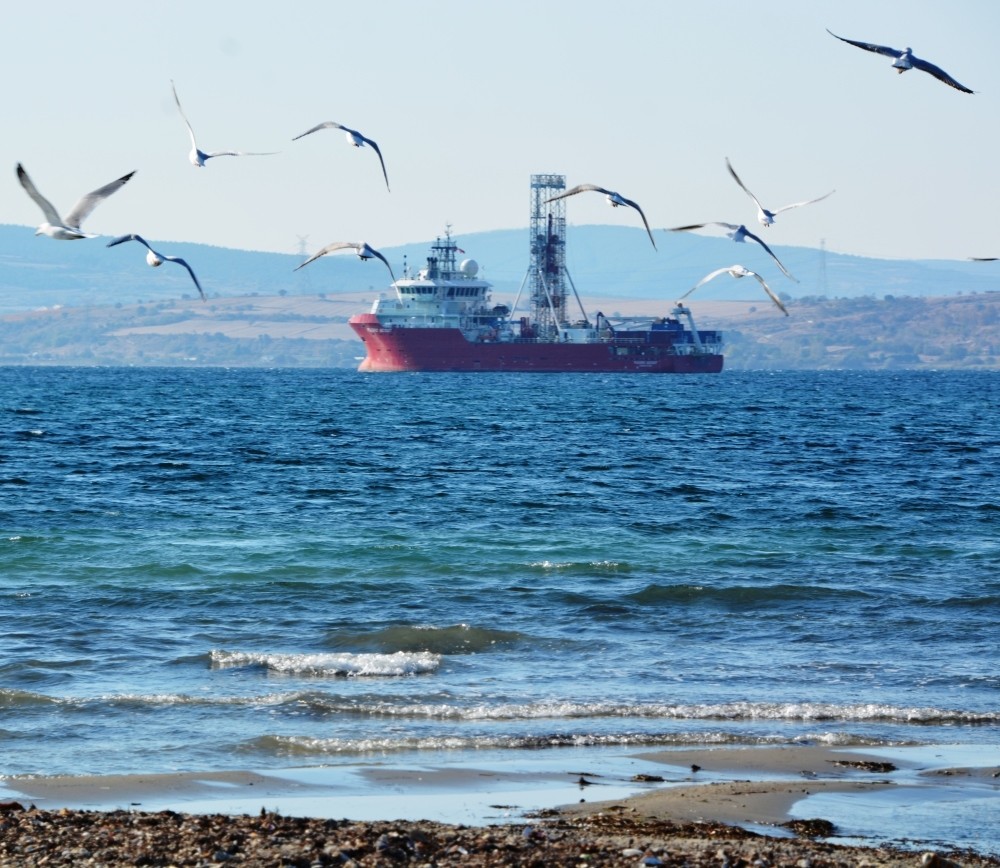 A custom designed geotechnical vessel has started drilling for the u00c7anakkale 1915 Bridge.
by daily sabah Nov 04, 2016 12:00 am
Drilling works for the Çanakkale 1915 Bridge, the world's longest bridge with a central span of 2,023 meters, have begun at the possible points where the abutments will be constructed in Lapseki's Şekerkaya region on the Anatolian side and Gelibolu's Sütlüce region on the European side.

It was reported that the drilling works in the region will be carried out with "Fugro Scout," a custom designed geotechnical vessel currently sailing under the flag of Singapore, which runs 82 meters in length and weighs about 4,641 gross tons.

Estimated to last 10 days between the two sides with a total distance of 3,860 meters, the drilling works will focus on the parts where the bridges abutments will be placed.

The uniquely equipped vessel will document the drilling works set to be conducted in the determined points on both the European and Anatolian sides, and will later submit the files to the relevant ministries.

The possible points where the bridge's abutments will be placed will be partially determined along with the report which will be filed following the drilling.

Prime Minister Binali Yıldırım previously announced that the foundations of the Çanakkale 1915 Bridge, which is expected to raise Çanakkale on an indispensable position in the Marmara Region in regards to the transportation route from Trakya to the Aegean and Mediterranean, will begin on March 18, 2017.
RELATED TOPICS