China, Russia to invest 'up to $20B' in long-haul jet: report 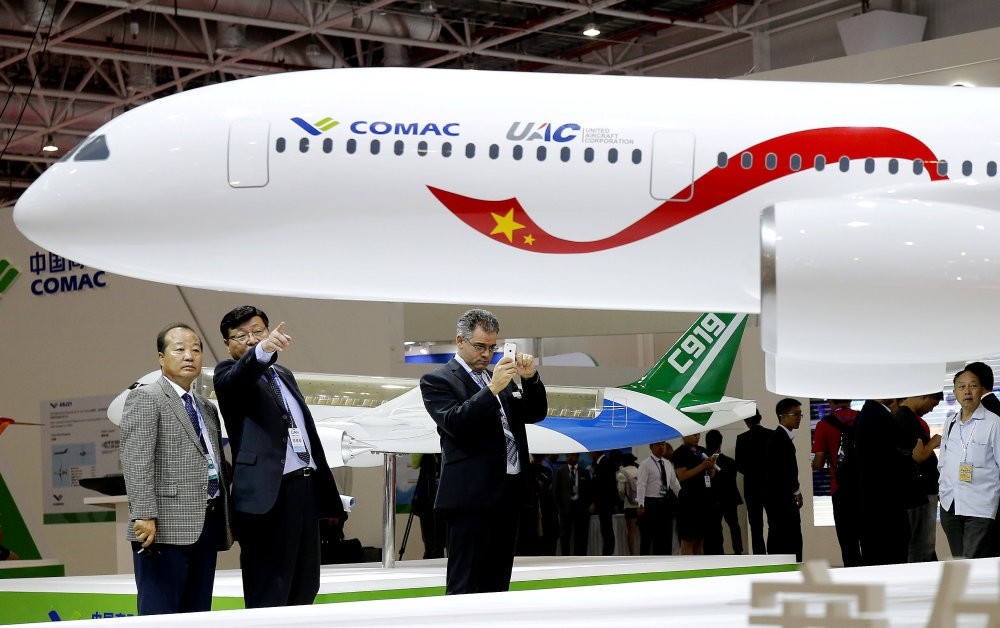 A model of a widebody jet, which is planned to be developed by Commercial Aircraft Corporation of China and Russia's United Aircraft Corporation is presented at an air show, the China International Aviation and Aerospace Exhibition.
by French Press Agency - AFP
Nov 04, 2016 12:00 am

While Beijing seeks to challenge leading Western manufacturers Boeing and Airbus, the joint venture, to be set up in Shanghai this year, will develop a 280-seat wide-body plane with a range of 12,000 kilometers

China and Russia will invest up to $20 billion to develop a long-haul wide-bodied jet, reports Thursday and a company statement said, as Beijing seeks to challenge leading Western manufacturers Boeing and Airbus.

The hugely ambitious plan was first agreed between the Commercial Aircraft Corporation of China (COMAC) and Russia's United Aircraft Corporation (UAC), whose products include the Sukhoi Superjet 100, in June when Russian President Vladimir Putin met his Chinese counterpart Xi Jinping in Beijing.

COMAC said in a statement that the joint venture, to be set up in Shanghai this year, will develop a 280-seat wide-body plane with a range of 12,000 kilometers.

That would put it in direct competition with Boeing's 787 and the Airbus A350.

The project is worth between $13 billion and $20 billion, with each side contributing half, China's state-run Global Times newspaper on Thursday quoted UAC president Yury Slyusar as saying.

"COMAC has outstanding technology and designs and we will not only cooperate in technology but also in intellectual property," Slyusar told the newspaper at the China Airshow in the southern city of Zhuhai, adding the plane will be 10 percent cheaper than its competitors.

COMAC said it will keep the project open and select global suppliers that are willing to "jointly shoulder risks."

Beijing is looking to build up its domestic aerospace industry, with the sector among those highlighted in its "Made in China 2025" plan.

The country is expected to become the world's largest aviation market, with its travellers taking to the skies in ever-growing numbers.

Airbus estimates China will need nearly 6,000 new planes worth $945 billion in the next two decades, with Boeing's forecast even more optimistic at more than $1 trillion.

COMAC is also developing its own single-aisle jet, the C919. It rolled it out last year and even though it has yet to make its first flight COMAC says it has so far received 570 orders from 23 customers.

The firm's regional jet, the 90-seat ARJ21, flew its first commercial flight in June after years of delays.