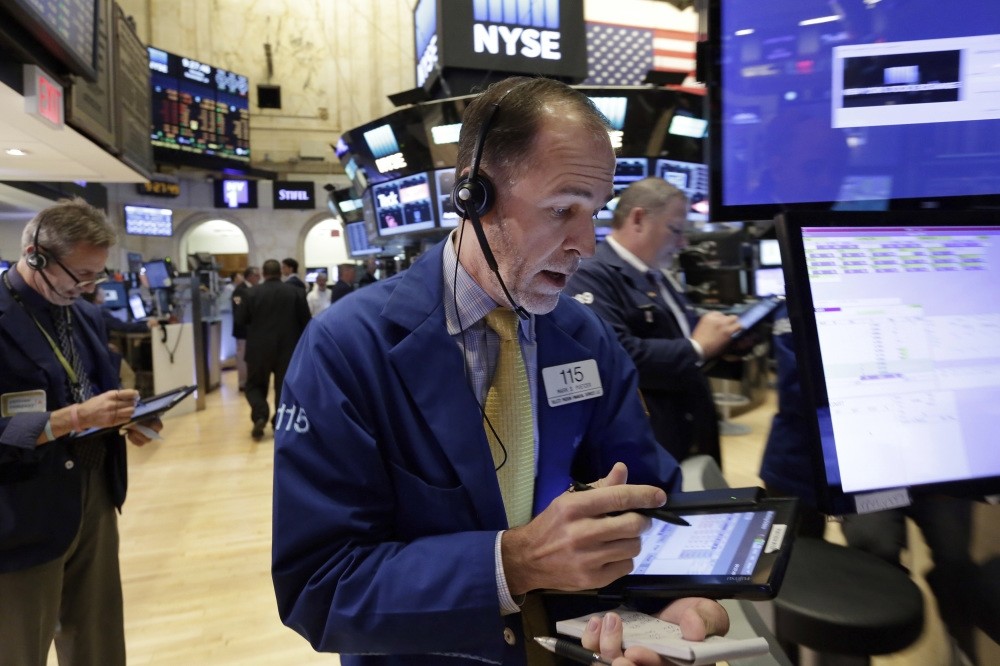 After a rally fueled by Donald Trump's shock victory in the U.S. presidential election, the dollar, trading close to its strongest since early 2003, fell 0.2 percent yesterday as eurozone government bond yields fell and the price of copper tumbled

The dollar pulled back from close to 14-year highs on Tuesday, eurozone government bond yields fell and the price of copper tumbled as traders cashed in gains from a rally fuelled by Donald Trump's shock victory in the U.S. presidential election.China's yuan, which like other Asian currencies has taken a hit since the election, fell to its weakest level against the dollar in almost eight years. Wall Street looked set to open flat to slightly higher, according to index futures. European shares fell as oil and gas sector gains on a 3 percent rise in crude prices were offset by hefty falls among miners.

Expectations that Trump's administration will cut taxes, increase spending and accelerate inflation have lifted assets, including the dollar, bank stocks, and industrial metals, and driven bond yields higher. But concern the new administration could take a more protectionist stance on trade has hit Asian stocks and currencies.

The dollar, which earlier traded close to its strongest since early 2003 against a basket of currencies, fell 0.2 percent on Tuesday as long-dated U.S. Treasury yields fell. The 30-year Treasury yield, which on Monday shot above 3 percent for the first time since January, fell 3 basis points to 2.95 percent.

"This is more of a stabilization (than a change in direction), because the moves have been quite large, but equally we've already seen that plenty has been priced in, in terms of this reflation story from the U.S. So the bar for further dollar upside is higher at this point," said ING's chief EMEA currency strategist, Petr Krpata.

The euro rose 0.3 percent to $1.0765, having strengthened as far as $1.0816. while the yen gained 0.2 percent to 108.15 per dollar. Sterling fell 1.3 percent against the euro at one point, hit by a report in UK newspaper The Times of a leaked memo that suggested Britain has no overall strategy for leaving the European Union. The pound last traded at 8686 pence per euro, down 0.8 percent. The yuan broke through 6.86 per dollar to its weakest since December 2008.

Eurozone government bond yields fell during a hiatus in a sell-off that has lasted six weeks. Benchmark German 10-year yields dropped 2.3 bps to just shy of 0.31

percent. Italian 10-year yields, which have risen on worries over a referendum on constitutional reform on which Prime Minister Matteo Renzi has staked his career, fell 11 bps to 1.93 percent after Italy's economy grew more than expected in the third quarter. The pan-European STOXX 600 share index fell 0.1 percent, reversing earlier gains. The oil and gas sector added almost 2 percent while the basic resources sector, which includes miners, dropped 3.7 percent. MSCI's broadest index of Asia-Pacific shares outside Japan was broadly flat. Copper fell more than 2.3 percent to $5,430 a tonne.

Oil prices, which hit three-month lows on Monday, rose after the U.S. Energy Information Administration said U.S. shale oil production was expected to fall in December for the 12th month in 13. Signs that the Organization of the Oil Exporting Countries could be closer to a deal to cut output also supported prices. International benchmark Brent crude rose $1.25 a barrel, or nearly 3 percent, to $45.70. "Reports of a diplomatic push by OPEC to strike a deal are supporting the markets," said Tamas Varga, oil analyst at London brokerage PVM Oil Associates. "The rally could last a little while but the underlying fundamental picture is still bearish."