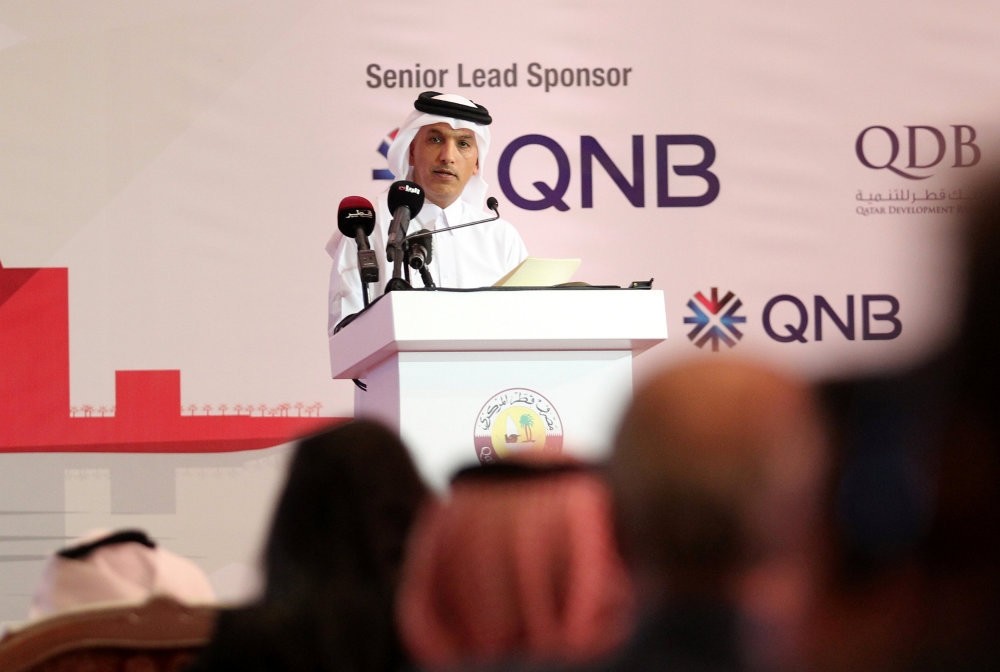 Qataru2019s finance minister Ali Sherif al-Emadi speaks during the Euromoney Qatar Conference in Doha.
by Dec 07, 2016 12:00 am
Qatar will invest up to $13 billion in major infrastructure projects next year despite a slump in revenues resulting from low energy prices, the Gulf state's finance minister said yesterday. Ali Shareef al-Emadi predicted growth of 3.4 percent in 2017, in line with an International Monetary Fund estimate and up from a projected 3.2 percent this year."Increasing the investment in mega projects reiterates the country's commitment to achieving its goals," Emadi told delegates at a Euromoney conference in Doha.

The minister added that the 2022 World Cup host had already spent almost 375 billion riyals on large-scale projects.Most of the investment in the next few years will be in construction and transport as the country gears up to host football's showpiece tournament.