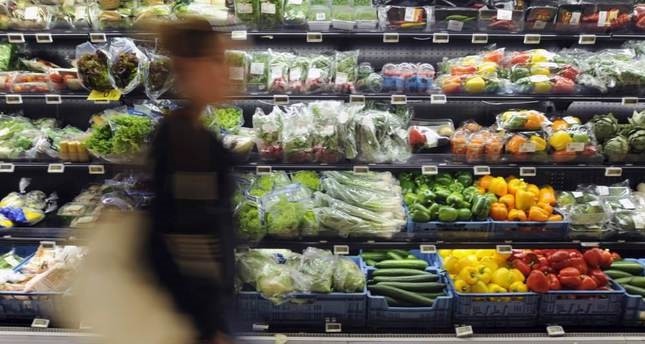 The expansion of Customs Union Agreement is planned to include agricultural, food, and service sectors, of which Turkey is not currently a party.
by Daily Sabah with AA Dec 14, 2016 12:00 am
Expansion of the Customs Union Agreement with the European Union would further raise Turkey's competitiveness in the global markets, according to Deputy Prime Minister Mehmet Şimşek.

Delivering the opening speech at a panel organized by the International Finance Corporation (IFC) for the 30th anniversary of the opening of the IFC's branch in Turkey, the deputy prime minister said that expansion of the Customs Union Agreement and improved integration techniques targeting the international market will boost Turkey's competitiveness.

During the panel titled, "Private Sector in Turkey: Sustainable Development," Şimşek stressed that comprehensive integration should not be abandoned, saying that global trade is the locomotive of growth. He emphasized that Turkey, in a regional sense, would benefit from deeper integration into the EU.

Şimşek suggested that Turkey must improve its relations with the international community and intensify its efforts to integrate into Europe, while stressing the importance of maintaining a positive agenda in Europe despite numerous troubling issues. The deputy prime minister said that updating the Customs Union Agreement would dramatically increase Turkey's value in the region, have a positive effect on competition and ensure that Turkey takes a larger share from Europe.

To illustrate, Şimşek asserted that if a comprehensive, new agreement were put into effect, it would be a win-win scenario for both Turkey and European countries. He argued that both sides could easily double their trade volume, making implementation of the reform a profitable option for both Turkey and EU member states, calling the concept a formula for comprehensive reform.

In mid-November, the Minister of Economy Nihat Zeybekçi announced that talks regarding the update of the Customs Union Agreement would officially commence in Jan. 2017, saying that the Ministry aims to complete negotiations within one-and-a-half years.

Expansion of the Customs Union Agreement would include agriculture, and food and service sectors, giving Turkey direct access to the Free Trade Agreements (FTAs).

Stressing that Gulf countries do not need to see Turkey as a threat, Şimşek said that the economies in the Gulf and the Turkish economy already complement each other, making the potential FTAs a significant contribution to Turkey's sectoral diversification efforts. Şişmek also underscored that an FTA with Gulf on one side, a much more comprehensive new generation Customs Union with the EU on the other side and a rational, realistic and pragmatic basis of the country's relations with the whole world in general will be among Turkey's most important priorities.

Şimşek also said one of the important problems in Turkey is low savings; hence, the high external deficit and external debt in the real sector. According to Şimşek, nobody talks about the state any more when they go to London or New York, but asks whether Turkey's access to market will continue, or whether Turkey will be able to turn its debts.
RELATED TOPICS