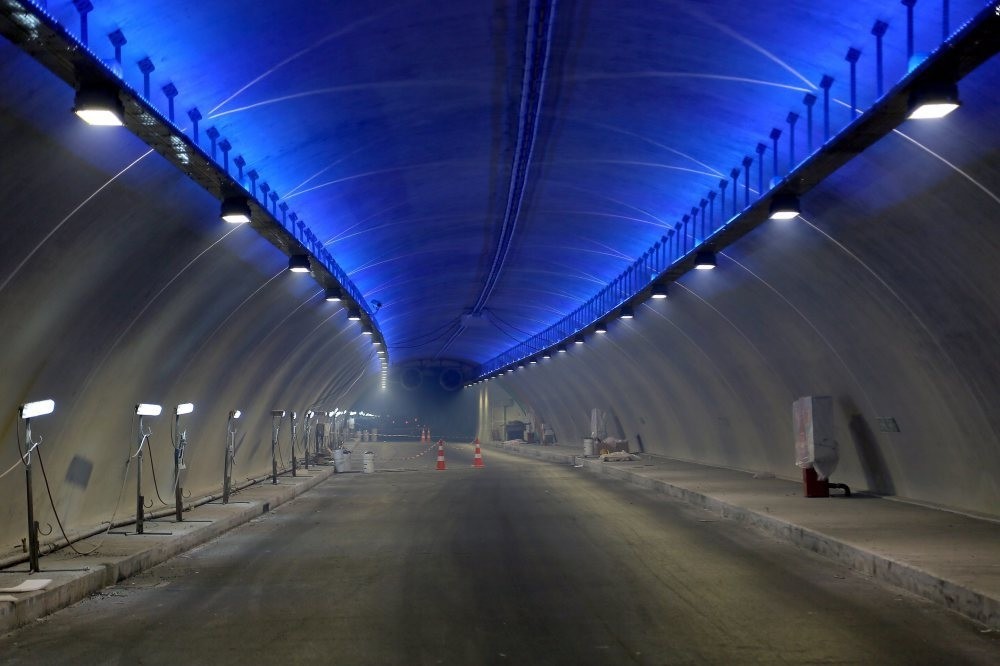 The General Directorate of Infrastructure Investments of the Ministry of Transport, Maritime Affairs and Communications held the tender for the tunnel project on June 12, 2007. The two-story tunnel has been constructed for rubber-wheeled vehicles as a sister to the Marmaray, an undersea rail transport tunnel project. The Eurasia Tunnel project, which will significantly reduce travel time between Kazlıçeşme on the European side and Göztepe on the Asian side, was planned in connection with the two existing bridges passing over the Bosporus.

The 5.4-kilometer section of the Istanbul Strait Road Tube Crossing Project, publicly known as the Eurasia Tunnel project, consists of a two-story tunnel built with special technology under the seabed and connection tunnels constructed with other methods. Expansion and improvement work has been completed for the 9.2-kilometer route across Europe and Asia. Access roads between Sarayburnu and Kazlıçeşme and between Harem and Göztepe were expanded. Moreover, intersections, vehicle underpasses and pedestrian overpasses were built.

The Eurasia Tunnel project will significantly reduce travel time in a city that suffers from heavy traffic, reducing travel time between the Asian and European sides to 15 minutes from 100 minutes and offering safe, comfortable travel. While traffic flow will become smoother thanks to the expansion and regulation of connection roads at the entrance and exit points of the tunnel, the tunnel will also help reduce environmental pollution and noise. As the project will be the shortest route between Kazlıçeşme and Göztepe, it will reduce fuel costs, as well as the amount of harmful gas released into the air and the maintenance costs of vehicles.

Not to be affected by earthquake and tsunami

One of the world's leading engineering projects, the tunnel will have an advanced system for safe and uninterrupted traffic flow 24 hours a day. Using the most advanced design, technology and engineering applications, the tunnel was built in a structure that won't be affected by earthquakes or tsunamis. When necessary, the tunnel can be used as a shelter given its advanced safety properties. It will offer service with its modern lighting technology, high-capacity ventilation system, special fire system that can be easily accessed from all sides of the tunnel, fire-resistant surfacing, emergency evacuation systems and emergency shoulders that are positioned every 600 meters.

The tunnel has a closed circuit camera system to monitor traffic 24/7, event detection systems and communication and notification systems. Speed control in the tunnel will be ensured by high technology infrastructure. The tunnel features modern lighting, high-capacity ventilation system and low-slope construction, which were built in two stories to contribute to road safety and driving comfort. The Eurasia Tunnel will provide uninterrupted travel even in adverse weather conditions such as fog and icing.

The maximum speed in the tunnel is 70 kilometers per hour, and tolls will be $4 + VAT for automobiles and $6 + VAT for minibuses. Drivers in both directions of the tunnel will be able to pay tolls via the Fast Transit System (HGS) and the Automatic Transit System (OGS). In addition, there will be no cash slot and no extra payment for vehicle passengers.

The General Directorate of Infrastructure Investments of the Ministry of Transport, Maritime Affairs and Communication appointed Eurasia Tunnel Operation Construction and Investment Inc. (ATAŞ) to design, construct and operate the project for 24 years and five months. After 24 years, the tunnel will be transferred to the public.
RELATED TOPICS