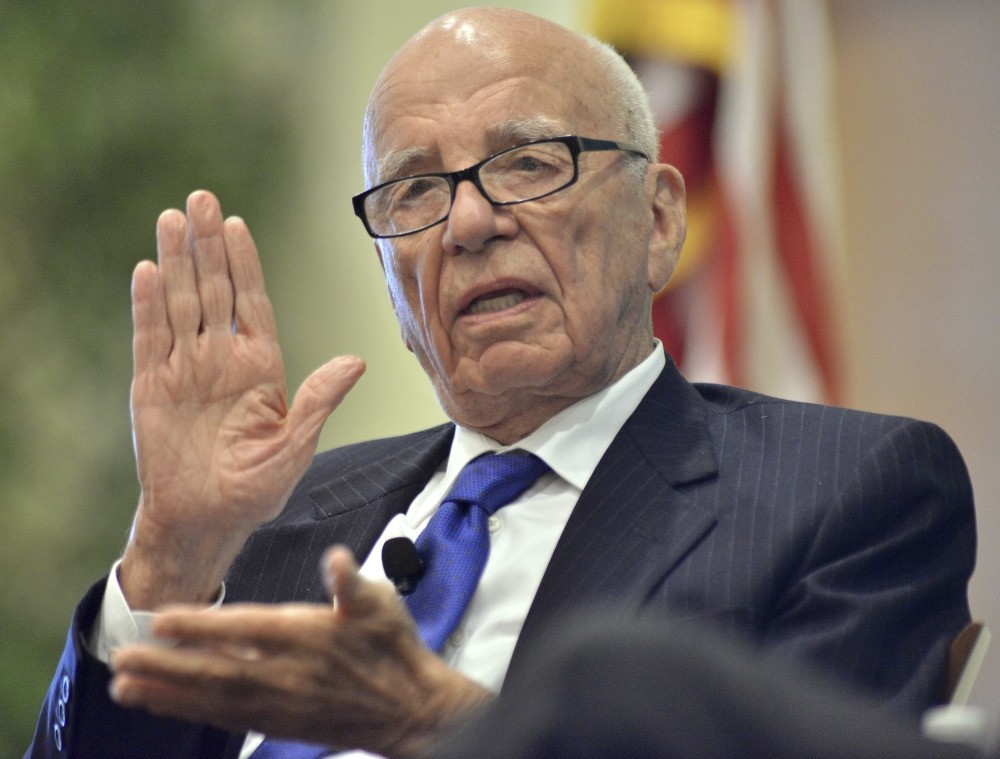 News Corporation CEO Rupert Murdoch speaks during a forum on The Economics and Politics of Immigration in Boston.
by Dec 17, 2016 12:00 am

The deal in which 21st Century Fox acquired Sky for $14.8 billion, comes amid concerns that Rupert Murdoch, who also owns the Sun and the Times newspapers, will have excessive influence over U.K. media

Rupert Murdoch's 21st Century Fox on Thursday sealed a $14.8 billion (14-billion-euro) cash deal for control of European pay-TV giant Sky, expanding the footprint of the media-entertainment powerhouse. Fox said it had reached a formal agreement to buy the 61 percent stake in Sky that it does not already own. The deal valuing Sky at 18.5 billion pounds comes five years after Australian-born media mogul Murdoch failed to clinch a takeover after a notorious phone-hacking scandal at his newspaper empire.

The company said the deal "creates a global leader in content creation and distribution, enhances our sports and entertainment scale, and gives us unique and leading direct-to-consumer capabilities and technologies."

The bid price represents a premium of 40 percent from Sky's closing share price level last Tuesday, the day before the initial proposal was made. Back in 2011, Murdoch was forced to abandon his previous takeover bid of Sky - then known as BSkyB - as controversy raged over the hacking of celebrities and crime victims by his tabloid the News of the World, which was subsequently shut down. Murdoch's son, James Murdoch, became Sky chairman in January. He had previously served as chief executive between 2003 and 2007.

James Murdoch told the conference call Thursday that the acquisition brings "a set of consumer capabilities ranging from data-driven digital advertising to a multiplatform leading consumer experience... Sky is much more than a satellite distribution company. It is a creative commercial and consumer powerhouse delivering its own content to customers across all platforms."

In late 2014, Sky changed its name from BSkyB after completing the purchase of Sky Italia and a majority holding in Sky Deutschland, in a move which created a pan-European pay-TV giant. Karen Bradley, culture minister in Britain's conservative government, must now decide whether to refer Murdoch's latest Sky takeover to media watchdog Ofcom. The main opposition Labour party has raised objections to the deal and called upon regulators to examine it.

"Whether it will get past some of the more skeptical shareholders remains to be seen, and not forgetting the political legacy that surrounded the first attempt at a deal five years ago that caused that deal to fall through," noted Michael Hewson, chief market analyst at CMC Markets UK.
RELATED TOPICS