IMF's Lagarde found guilty on negligence charges, but no sentence 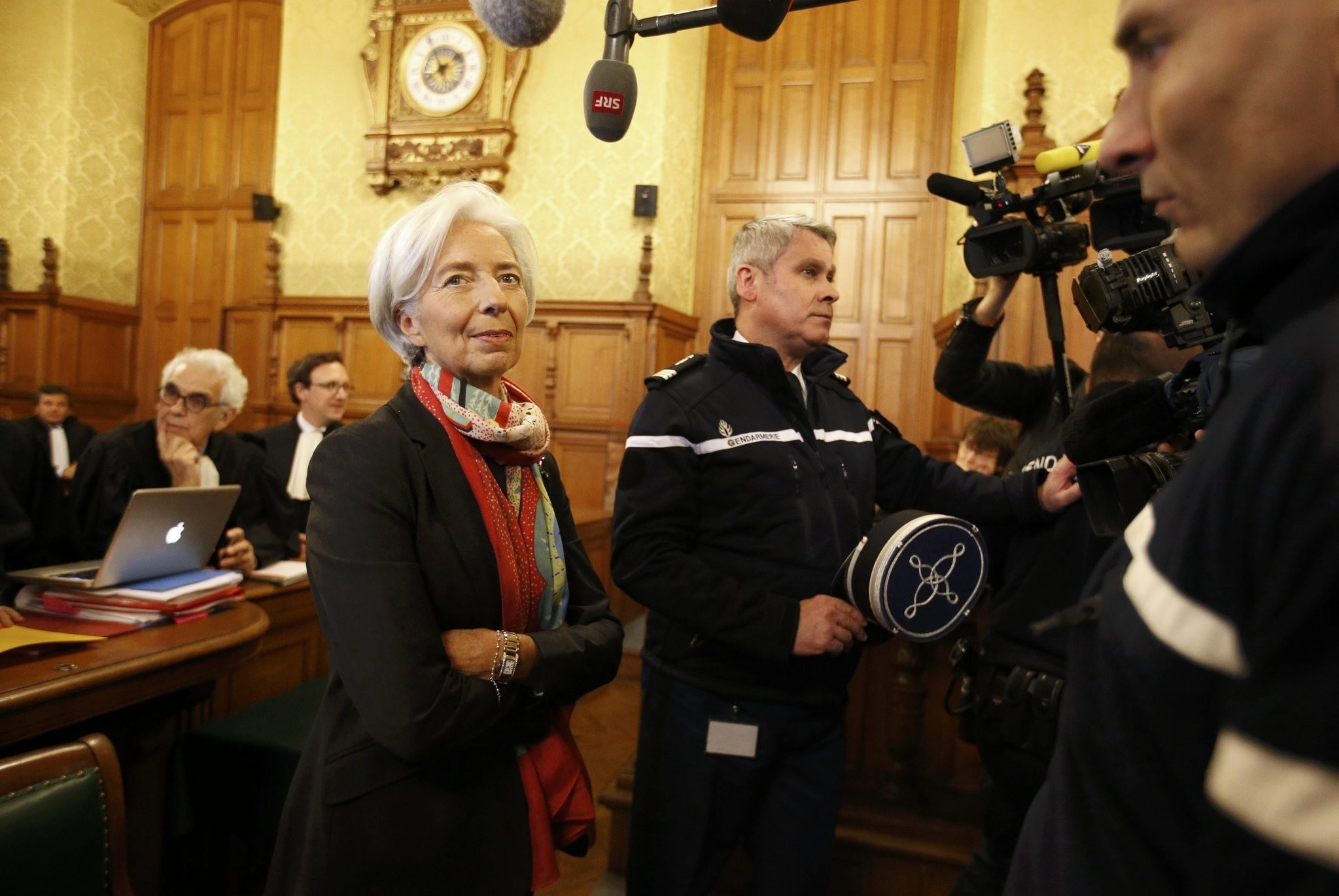 IMF head Christine Lagarde on Monday was found guilty of negligence by a French court over a massive payout to a tycoon when she was finance minister, but will not be fined or face prison.

Lagarde was found to be at fault for failing to challenge a 404-million-euro ($422 million) compensation payout to businessman Bernard Tapie over the sale of the Adidas sports brand to Credit Lyonnais bank.

Lagarde, who was France's finance minister between 2007 and 2011, was not in the Paris court to hear the decision because she is in Washington, where the International Monetary Fund is based, her lawyer said.

The 60-year-old was tried by the Court of Justice of the Republic, a tribunal staffed by judges and members of parliament that hears cases against French ministers accused of wrongdoing in office.

In Washington, an IMF spokesman said the agency's board would meet shortly to discuss the verdict.