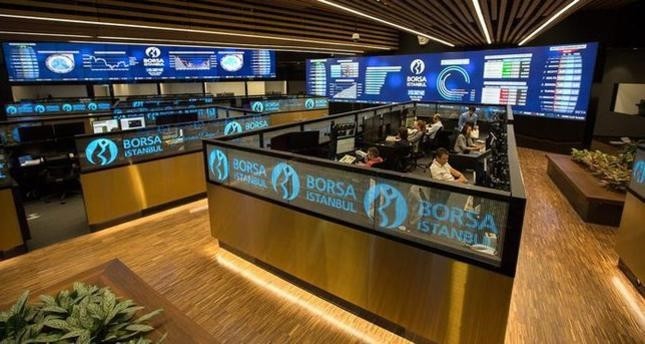 Uncertainties resulting from the Gülenist Terror Group's (FETÖ) July 15 coup attempt, the U.K.'s decision to leave the EU (Brexit), the U.S. presidential elections and the U.S. Federal Reserve's (Fed) monetary policies led to fluctuations in the market value of companies listed on the Borsa Istanbul. For instance, following the July 15 coup attempt, the market value of companies traded on the stock market shrank by TL 78 billion in just one week. Despite the negative developments, however, companies traded at the stock exchange recovered and could compensate for their losses over the rest of the year. While the market value of all companies on the Borsa Istanbul skyrocketed by TL 61 billion last year, the 20 most valuable companies, often called as "giants," stood at TL 42.659 billion.

Developments in 2016 also affected the ranking of "giant" companies, as well as their market value. Accordingly, a total of 12 companies out of the 20, which held the largest market value at the end of 2015, also increased their market value in 2016. Among them, Ereğli Iron and Steel Factories (Erdemir) ranked first with a market value increase of TL 7.35 billion. It was followed by Koç Holding and "Enka İnşaat," a construction company with TL 7.278 billion and TL 4.516 billion, respectively.

Akbank, Tofaş, Türkiye İş Bankası, Garanti Bankası, Sabancı Holding, Emlak Konut Real Estate Investment Trust, VakıfBank, Yapı Kredi and Tüpraş oil refinery were the other companies to see an increase in their market values. A total of 10 companies increased their market value by more than TL 1 billion. Koç Holding, one of the two companies that achieved a growth of more than TL 7 billion, took the leading position in 2016 the list as the company's total market value reached some TL 34,995,393,400.

Anadolu Efes, Ford and Turkish Airlines (THY), which were in the top 20 in 2015, could not make the latest list and were replaced replaced by Denizbank, Arçelik and Aselsan. The number of banks on the top 20 list rose to eight from seven in 2015.