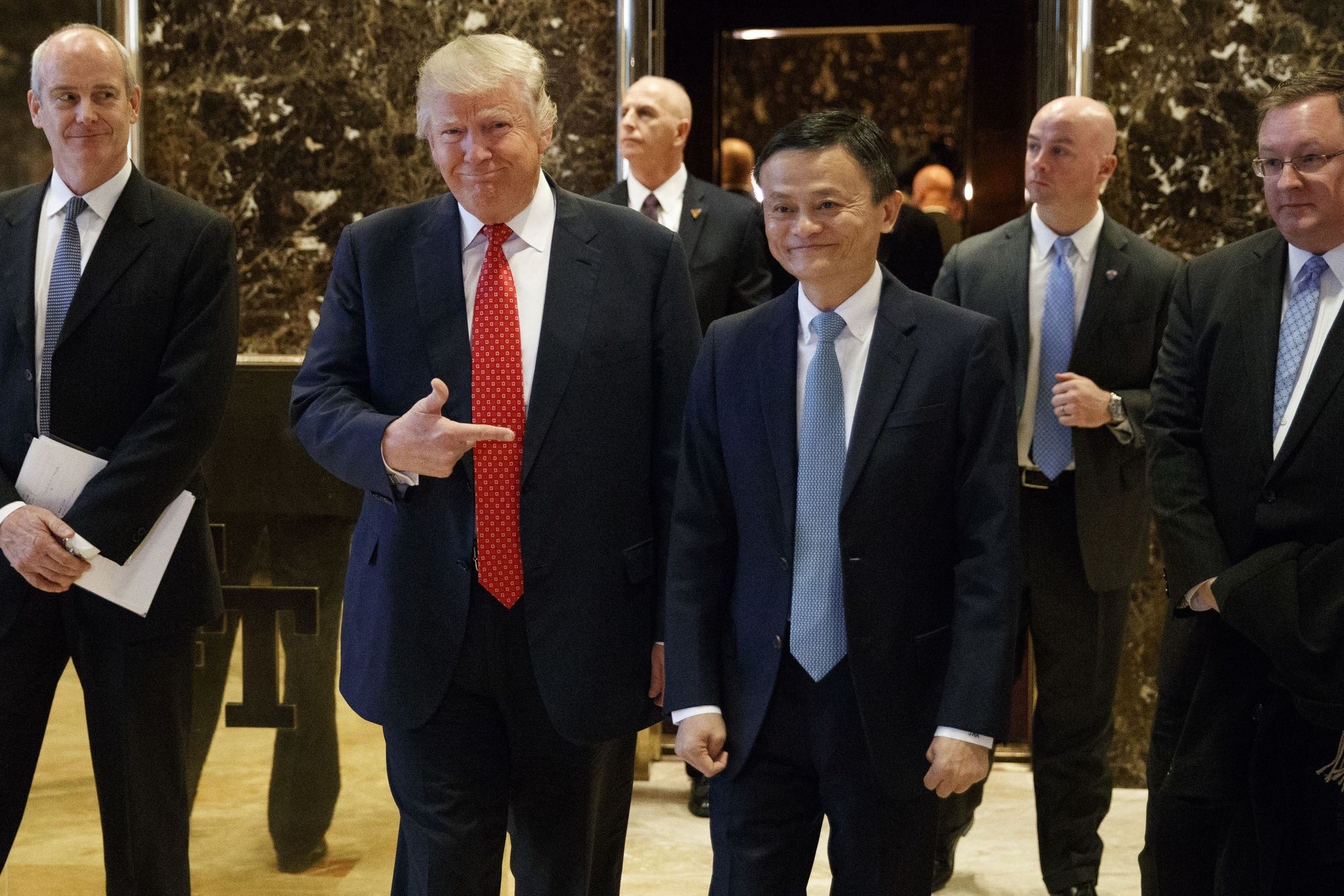 Jack Ma (R), founder and executive chairman of Alibaba Group, and President-elect Donald Trump speak to the media after their meeting at Trump Tower in New York.
by reuters Jan 11, 2017 12:00 am
Alibaba Executive Chairman Jack Ma met U.S. President-elect Donald Trump on Monday and laid out the Chinese e-commerce giant's new plan to bring one million small U.S. businesses onto its platform to sell to Chinese consumers over the next five years, an Alibaba spokesman

said. Alibaba Group Holding Ltd expects the initiative to create one million U.S. jobs as each company adds a position, company spokesman Bob Christie said in a phone call. Alibaba has previously campaigned to bring more small U.S. businesses onto the company's sites, but this is the first time Ma has discussed specific targets.

Trump and Ma emerged from their meeting at Trump Tower in New York together. The president-elect told reporters they had a "great meeting" and would do great things together. Ma called Trump "smart" and "open-minded." Ma said the two mainly discussed supporting small businesses, especially in the Midwest, such as farmers and small clothing makers, who could tap the Chinese market directly through Alibaba, whose Tmall online shopping platform offers virtual store fronts and payment portals to merchants. The company has in recent years been aggressively courting foreign brands to set up Tmall stores to sell to China's vast and growing middle class by offering to smoothen out Chinese sales, payment and shipping processes.

Ma, a Chinese citizen, appears frequently with leaders from the highest echelons of the Communist Party, and both sides have voiced their support and admiration for each other. Trump often targeted China in the election campaign, blaming Beijing for U.S. job losses and vowing to impose 45 percent tariffs on Chinese imports. He also promised to call China a

currency manipulator on his first day in office. Alibaba has deep ties with the Chinese government, working closely on some of the country's core technology development goals including cloud infrastructure and big data.
RELATED TOPICS