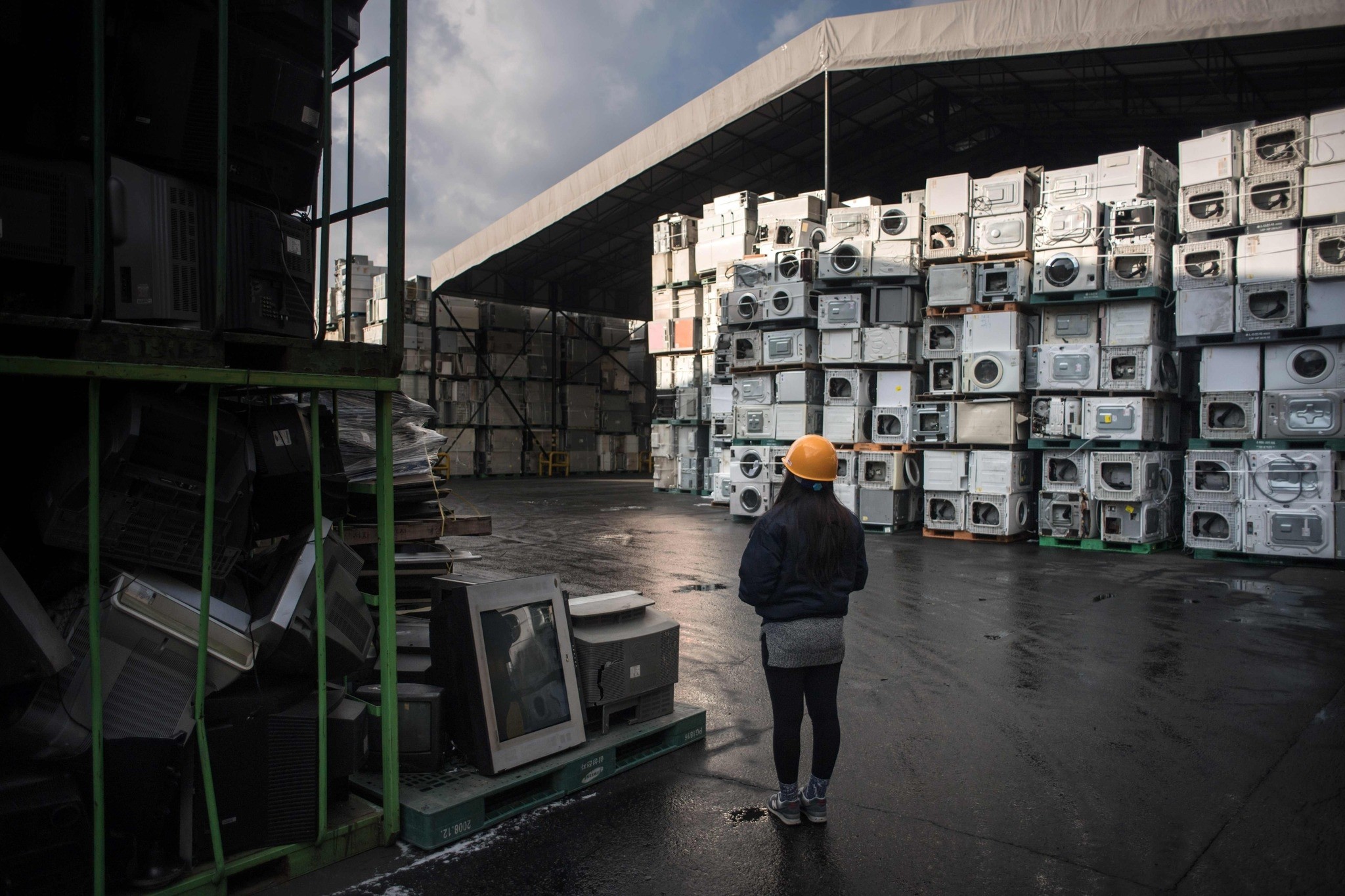 An employee stands in front of discarded washing machines at the Metropolitan Electronics Recycling Center in Yongin, south of Seoul.
by Jan 16, 2017 12:00 am
Electronic waste is rising sharply across Asia as higher incomes allow hundreds of millions of people to buy smartphones and other gadgets, with serious consequences for human health and the environment, according to a U.N. study released yesterday. So-called e-waste in Asia has jumped 63 percent in five years, the report by the United Nations University said, as it warned of a need for most nations across the region to improve recycling and disposal methods."For many countries that already lack infrastructure for environmentally sound e-waste management, the increasing volumes are a cause for concern," said Ruediger Kuehr, the report's co-author and head of the U.N. University's Sustainable Cycles Program.

For many years, China and some other parts of Asia have been a dumping ground for discarded electronics from the developed world, recycling the waste in often unsafe but ultra cheap backyard factories.

But the report said that in recent years, Asia has rapidly emerged as a major source of electronic waste, due to increasingly affluent consumers buying items such as phones, tablets, refrigerators, personal computers and televisions. China more than doubled its own generation of e-waste between 2010 and 2015, the period of the study, according to the report.

The worst offending economy per capita in the region was Hong Kong, with each person in the Chinese territory generating an average of 21.7 kilograms (47.8 pounds) of e-waste in 2015. Singapore and Taiwan were also big e-waste dumpers, with just over 19 kilograms per person generated in 2015, according to the study. Cambodia, Vietnam and the Philippines were among the lowest e-waste generators with an average of about one kilogram for each person. Meanwhile, improper and illegal e-waste dumping means increased exposure to extremely toxic chemicals, leading to severe health and environment consequences. Acids that are used to separate the metals in the electronic products are a particular concern, with inhalation or exposure to them causing serious health problems.

In the Chinese town of Guiyu, which built its economy on recycling waste from overseas, heavy metal contamination has turned the air and water toxic, according to a 2014 study by researchers at Shantou University Medical College. Children in the town also had high lead levels in their blood, the university study found. When an AFP team visited Guiyu in 2014, electronic remnants were strewn in a nearby stream, and the air was acrid from the burning of plastic, chemicals and circuit boards.
Last Update: Jan 16, 2017 2:25 am
RELATED TOPICS